Andy Friend says he's hoping to give some of his departing players a Sportsground swansong in their final game of the season, but says he still needs to keep a "balance" in his squad to face Zebre Parma.

The province end a mixed campaign with a home tie against the Italians on Saturday evening (live on RTÉ2 and RTÉ Player), but with their playoff ambitions over the highest they can finish is 11th in the table.

Ireland internationals Bundee Aki and Mack Hansen have both been ruled out of Saturday's URC finale due to injury, although there are no concerns over their availability for selection on Ireland's summer tour of New Zealand.

The season is also over for back row Paul Boyle and scrum half Caolin Blade who have been ruled out due to respective toe and ankle issues.

Last week the province also confirmed the 14 players who would be departing at the end of the season, among them long-serving Connacht legends like Ultan Dillane, Matt Healy and Eoghan Masterson, all three of whom won a Pro12 title under Pat Lam in 2016.

Friend has hinted that some of those players will be given one final outing in front of the home fans this Saturday, but says he won't allow sentiment to cloud his judgement when selecting a team.

"It's a tricky one, because you want to show your respect to those players who have given so much to the club, but at the same time you need to pick a team that you think is your best team to try and win," said Friend.

"And at the same time it's a great opportunity for some young fellas who might not have had a lot of rugby this year.

"There's a balance there, which we'll hopefully get right. The most important thing in my mind is that we win the game as rugby.

"If we can do that as well a showing our respect, great, we'll do that, but there's a bit going into the selection pot this weekend."

Dillane is the most high-profile of the 14 departures, with the 28-year-old moving to France next season.

A 19-cap Ireland international, the Kerryman would have been one of the first names on the Connacht teamsheet in recent seasons, but has played just four times since his departure was confirmed in December, with his most recent appearance being against Leinster in March.

The second row has been used sparingly in the second half of the season, with the Connacht boss opting to build towards the new campaign.

"You know that there's quality there, but I'll pay my respects to the boys who have been ahead of him.

"Leva Fifita's been incredible the last four weeks, as has Niall Murray all season, Oisin Dowling's done very well, Gav Thornbury has come back and done really well, so with all respects to Ultie and what he's done previously, at the moment we have four really good locks there who have been keeping him out.

"It's a tough one, because we have a lot of time and respect for Ultan Dillane and what he's done for us, but form is really important when we're selecting teams and those four men have had the form," he added. 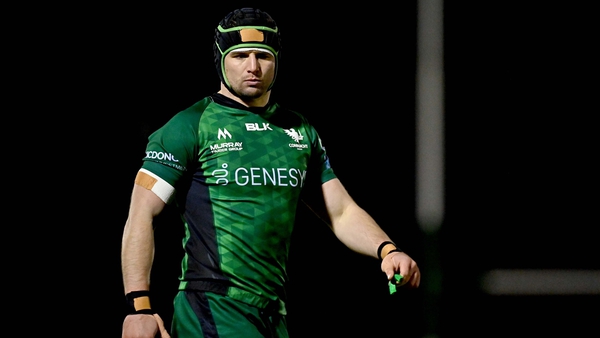