Leo Cullen’s men have already secured top seeding in the United Rugby Championship and have their sights firmly set on a fifth European Cup.

But Stade Rochelais, who beat Leinster in last year’s semi-final and were beaten finalists in both the Champions Cup and Top 14, are outside the cutline for the play-offs in France and director of rugby O’Gara concedes that he can’t put the European decider above domestic matters.

"While it is easy to look over the garden gate at the glitz of the Champions Cup final in Marseille on Saturday week, this weekend’s Top 14 game at home to Stade Francais is every bit as important in terms of prestige and finality," said the former Ireland and Munster out-half in his Irish Examiner column. 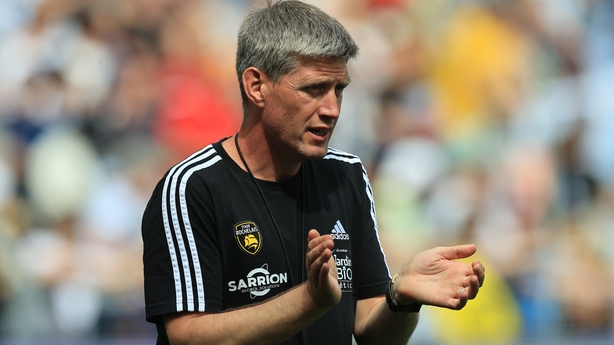 "They are, right now, the only definite remaining games left in our season. If we don’t beat Stade, it’s virtually certain the game tomorrow week in Marseille is our last of the campaign.

"There is a large constituency of traditional rugby supporters here who would be mortified at the prospect of not making the top six and the barrage (play-offs).

"And we do not want to begin preparations on Monday for a Champions Cup final having been eliminated from the Bouclier. That’s why tomorrow is all duck or no dinner for us."

Stars in their eyes - Leinster aiming high but must keep cool