The Belfast man’s form at full-back for his club this season saw him earn a first Ireland cap, scoring two tries in a 57-6 Six Nations tie last spring.

The 23-year-old played his school rugby at fly-half but has found opportunities limited with his province with Billy Burns and Ian Madigan the preferred pair to cover.

However, with Burns ruled out injured, Lowry started at out-half against Munster in their 24-17 United Rugby Championship defeat four weeks ago.

"I definitely want to pursue it," he told RTÉ Sport when asked about his ambitions for the future.

"I want to grow my game to another level. If I have 10 nailed down it will make me a better player.

"But I hadn't started in a year previous to that at 10 so it will take time. Similar to it took time at 15 to learn your position and play well at it." 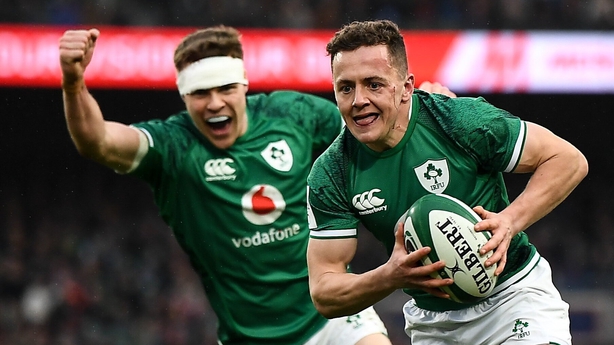 Head coach Dan McFarland, whose side host the Cell C Sharks this evening in a crucial URC tie, said: "Mike Lowry is now an international level 15. Arguing whether he should be playing at 10 is almost an anathema, he’s an international 15.

"He’s a talented footballer who has the capacity to be able to play 10, but the idea of him earning a cap at 15 and just move him to 10 would be ridiculous. It wouldn't make sense to me

"Mike still plays for us at 10 in training and he still covers 10 for us on game night."

For now, and with Munster out-half Jake Flannery to join Ulster on a one-year deal, Lowry will have to focus on being the last line of defence.

His standards have risen sharply over the season and he has scored three tries in six Champions Cup matches. 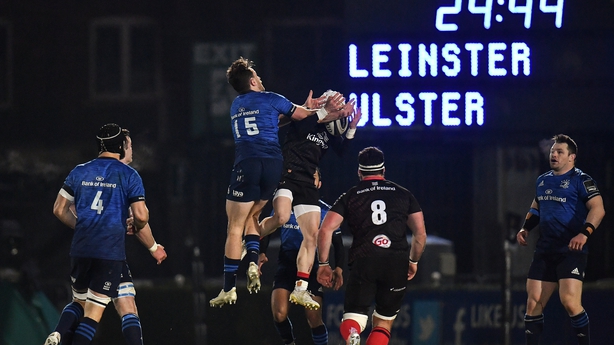 Asked about how he has honed his attacking skills in the full-back shirt, he said: "I suppose it’s about scanning before anything happens.

"If I know a kick is coming, or even before it has been kicked you’ll see them set up a box kick, I’ll start scanning to see the picture.

"If they’ve got loads of forwards in a 10-metre channel then there’s bound to be space elsewhere or if there’s no space and they’ve filled the field really well then you’re looking for mismatches and ways of manipulating the defence.

"Even their kick-chase, if it’s strong then you don’t have the same counterattacking opportunities so you’re looking for a lot of different variables.

"If their kick-chase is slow then there is a good opportunity there but it all comes down to communication as well in that we all help each other out to pick out those mismatches and space.

"At the end of all that it’s just about being decisive I suppose and sort of mixing up the game you know, tried to bring in a wee bit more kicking this year.

"I think that’s allowed me a bit more time and space when I do decide to run it back so it is about having that bit of variation in your game that allows that to happen."

Ulster need to win this evening to make sure they secure a home game in the first game of the knockout stage.

Lowry added: "Getting a home quarter-final is absolutely massive to spur you on to reach the semi-final so this game is so important and is a must-win game for both sides with a point in it between us.

"It could be the difference for us travelling away to South Africa or staying at home in front of a home crowd and we all know how tough South Africa is to go away to.

"It pretty much could define the season and if we win this game it could build a little bit of momentum going into the knockout stages."