Iain Henderson and Stuart McCloskey have been named in the Ulster side to face Cell C Sharks in the final round of the URC regular season on Friday evening.

The Ireland duo were injury doubts earlier in the week but have proven their fitness to head coach Dan McFarland for the crucial clash at the Kingspan Stadium (7.35pm).

Victory for Ulster, who sit in fifth on 55 points, one point behind third-placed Sharks, would secure a home quarter-final berth.

The starting front row sees one change from the 16-10 win over Edinburgh in Round 17. Andrew Warwick takes up the loosehead prop position, with Tom O'Toole coming in at tighthead.

Rob Herring is named at hooker.

Henderson will lead the Ulster men from the second row and will partner Alan O’Connor who returns to the starting line-up.

Marcus Rea is selected at blindside flanker with Nick Timoney given the nod at openside. Duane Vermeulen completes the pack at number 8.

Mike Lowry, Rob Baloucoune and Ethan McIlroy will form the starting back three.

McCloskey has recovered from injury to partner James Hume in the centre.

Scrum-half, John Cooney, will be one cap away from 100 Ulster appearances on Friday as he is named to partner Billy Burns at out-half. 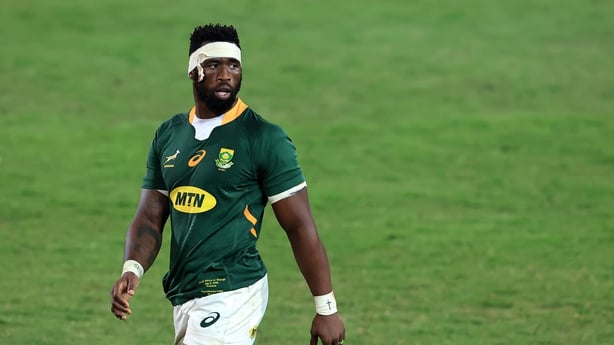 Ulster back row Marcus Rea says he is looking forward to pitting his wits against the World Cup-winning captain.

"We've played against big players who have played in Six Nations championships in the past," said Rea, whose side could finish as high as second or as low as seventh depending on results.

"But it will be good playing against him and seeing how he works at the breakdown and with carries.

"I never thought that I would maybe get a chance to play against him and it will be very much a one-on-one battle and I will be trying to limit him too very little hopefully."

"Then beating Edinburgh on their home patch was huge because it hadn’t been done this season, so we reacted well, We got back on the horse in a tough arena and we are full steam ahead to win this."

Former Ireland Under-20 head coach Noel McNamara is among the coaching staff with the visitors.