Ulster didn't have much time to stew in the immediate aftermath of their Heineken Champions Cup loss to Toulouse but the last two weekends have proved particularly unpleasant for Dan McFarland.

URC ties against Munster and Edinburgh came thick and fast after the European defeat, allowing the northern province to push aside the heartache of a single-point loss over two legs in the round of 16.

The Ulster head coach, whose side welcome Cell C Sharks to the Kingspan Stadium on Friday night for a crucial URC match, has had to watch provincial rivals Munster and Leinster in quarter and semi-final action against the reigning champions, with both games, in two different ways, regarded as heavyweight European classics. 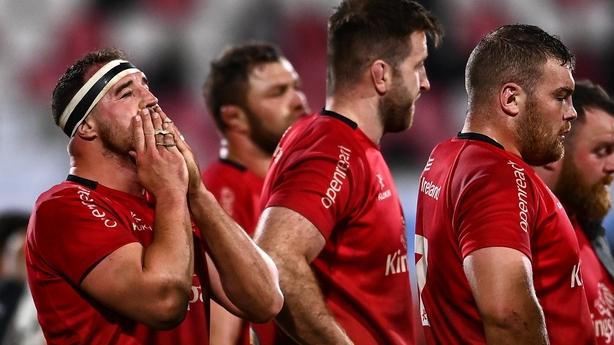 "I didn’t enjoy the quarter-final weekend or the semi-final weekend anywhere near as much as I have done in previous years," McFarland told RTÉ Sport.

"[Two years ago] we were involved in quarter-final weekend, previous years as well. It’s one of my favourite weekends of the year. Not playing was bad and really disappointing."

Ireland full-back Mike Lowry said he could look on at the two matches in Dublin as a student of the game.

"There is still definitely pain from that defeat against Toulouse. We have to put it to one side," he said.

"I watched the Munster and Leinster games and I suppose you can just take learnings from the games.

"It’s about moving forward and we still have a great opportunity to win some silverware. It wasn’t like that was the end of the season and it’s a bit of a silver lining that we’ve got something to look forward to." 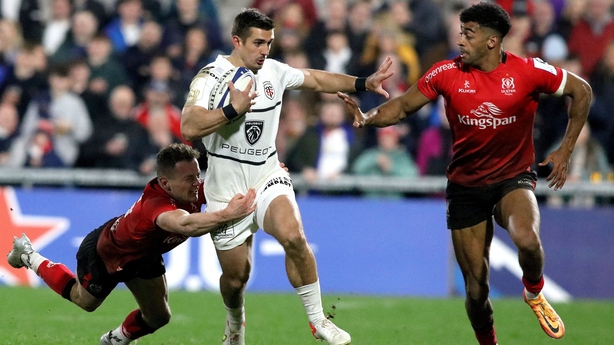 Meanwhile, back row Marcus Rea, who described the loss to Toulouse as a "kick in the teeth" was also impressed by the European fare and especially Leinster’s victory over the reigning Top14 champions at the weekend.

"It was 2009 the last time we had penalty kicks in a knockout game. It doesn’t happen every year, it was good to see that.

"Obviously devastating for Munster, it obviously had a big effect on Toulouse going into Leinster with 100-minute game under their belt.

"[Leinster] played some fantastic rugby. That could have been the final with them two teams.

"Leinster just blew them out of the water and it will be exciting to see how they get on against La Rochelle."

Ulster currently sit in fifth place in the table but can leapfrog the Sharks on Friday with a win, which would ensure a home quarter-final.

"In terms of the mood in the camp, mentally we refocused pretty quickly," added McFarland.

"We were pretty tired the week of the Munster game after travelling to South Africa and then to Toulouse [away] and then the disappointment against Toulouse [at home].

"We bounced back and although we didn’t play our best rugby we beat Edinburgh away from home in a titanic struggle that required us to dig as deep as we’ve had to this year against a team that hadn’t lost at home.

"That game gave us a real sense of belief in what we are capable of and the foundations of our game, which is our 'every inch’ attitude."

Ulster, last domestic champions in 2006, have played three South African sides this season already, beating the Lions at home, while losing away to the Stormers and Bulls. 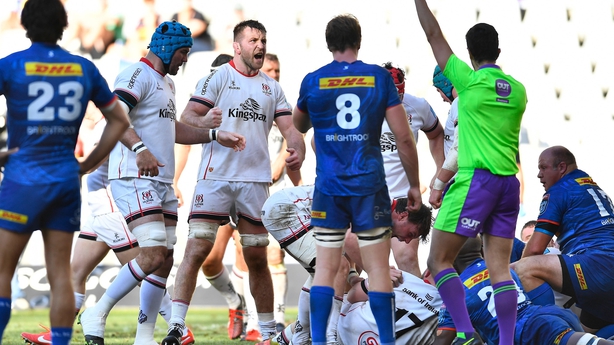 Asked if there were particular traits of South African sides that feed into this week’s game plan against the Sharks, whom they have never played before, the head coach added: "It's not complicated really, all of them test you in the set-piece and to varying degrees in different areas.

"It's not rocket science but it's at another level to a lot of the teams in the URC. I think all the northern hemisphere teams have experienced that to some degree this year.

"Their physicality and their ball-carry is also right up there. Three of those teams are right up there in terms of winning gainline when playing off nine, and it's tough to deal with although that's an area we pride ourselves in.

"Also they've got a lethal back three so broken field running and loose kicking can be fatal against a number of South African teams whether that's the Stormers, the Bulls and particularly the Sharks."