Many athletes say they don't take any notice of the media and Leinster would be well advised to turn off the radio this week.

The worst thing that could happen to Leo Cullen’s side is that they get the feeling that they are invincible.

And going by the almost universal acclaim of the side ahead of Saturday's Heineken Champions Cup semi-final against Toulouse at the Aviva, it wouldn’t be a hard conclusion to draw.

A couple of Leicester Tigers players began last week by demurring on the theory that the European Cup was a step up from the Premiership, which they lead.

A couple of days after the 23-14 defeat, during which Leinster led 20-0 at the break, Tigers wing Chris Aston, the Champions Cup and Premiership record try-scorer, was moved to admit his side were taught a lesson.

"The first 20 minutes shocked us," the two-time tournament winner with Saracens said on the BBC.

"When you are against such an experienced team who have the master [Johnny Sexton] in the middle of it all, and [Jamison] Gibson-Park, who was outstanding. 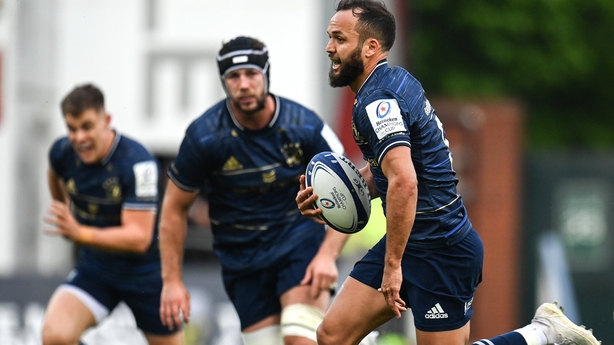 "You’ve got to control the first 20 minutes, half an hour, build into it, and that’s something that we didn’t do, we made too many mistakes.

"There was a little bit of inexperience there, we accept that.

"In the Premiership you get a second or two [at the breakdown], lads get half a chance. It was ridiculous how good they were, how fast they were to it.

"What got me, which I haven’t felt [since] I was at Saracens, was the efficiency of everyone doing their job, not just doing it and hanging on, doing it to excel, everyone in their position.

"You put a little kick in, there’s three of them clearing it up. You try and kick to a certain area of the pitch and [full-back Hugo] Keenan’s already cleaning it up and he’s banged back down 50 metres the other way.

"If you try to hold the back-field, Sexton will just move the ball. I just hadn't felt that efficiency in a while and that makes the difference between the teams that go on to win that competition and the teams that fall off."

"They run so hard into the contact, Leinster run to bust every time, their two support players are there within a split second of the ball-carrier and they just blitz that breakdown.

"A defence coach will say, 'add time to the ball, make the ruck slower’, but you can’t ‘cos they are so efficient that the ball is on a plate and Jamison Gibson-Park can do what he wants because no defence can get set: he can pick and run, pass, kick.

"It’s almost a silver service. He has quickness of mind to exploit gaps, kick forward or get it to Sexton.

"Another team [other than Leicester] would have shipped seven, eight, nine tries against Leinster because their attacking breakdown was phenomenal, and I haven't seen that level of intensity in the Premiership or in most cases in Europe.

"In that aspect of the game, they are a level above. The [service] is the best in Europe."

"Look at the quality of Leinster's breakdown work... Leinster have brought their breakdown skills to a different level." 💪

Ashton, who was on the Northampton team beaten by Leinster in the 2011 Heineken Cup final, believes Toulouse may run out of gas when they return to Dublin on Saturday.

The current holders and Top 14 champions played 100 minutes of rugby against Munster and came through via a place-kicking competition at the Aviva last weekend.

"The extra time will take it out of the legs," said the 35-year-old.

"Their team is pretty similar all the time. When you are relying on certain individuals constantly...it’s when you’re 40 minutes in against Leinster, that’s when you start to see the difference.

"There’ll be half a break and normally you’d be back there covering it off but this one will end up in a try.

"You can tell the difference between someone who is well rested and on top of their game and someone who is playing week in, week out in big games, you can’t carry on like that." 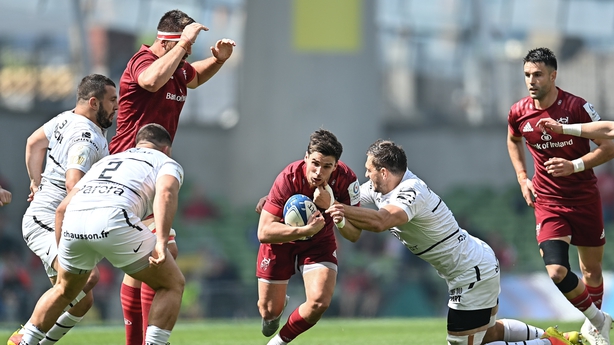 Like last season there are no English representatives in the last four.

However, the salary cap that was introduced this season, from £6.4million to £5m and the marquee player allowance reduced to two to one, may lead to an arid spell, according to the English pair.

"We are probably going to have to have two or three years where it might be very barren and you might not see any English clubs in semi-finals, which is sad because it’s the ultimate," said Care, a two-time Premiership and Challenge Cup winner with Harlequins.

"It doesn’t surprise me that there are no English clubs in the semi-finals this year but what’s going to happen next year and the year after? You are probably not going to see anyone near. 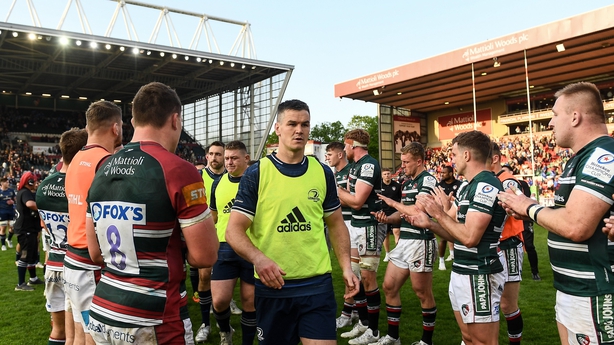 "Will English clubs take it as seriously over the next couple of years?

"That’s the worry, will you see English clubs go that might be an opportunity to rest a few players and the Premiership becomes that bit more important? It’s just sad that the likelihood is it’s going to be very French and Irish dominant."

Ashton added: "Especially at Leicester, our squad size that we have now is drastically different from a year or two ago. It’s clear to me the impact that it’s having.

"You’ve got to be very lucky to get through to a semi-final or a final with who you are up against."