Toulouse could struggle with fatigue in this Saturday's Heineken Champions Cup semi-final against Leinster, according to Toulon coach James Coughlan.

The former Munster number 8 is currently defence coach at Toulon, who have their own Challenge Cup semi-final against Saracens this weekend.

Five-time champions Toulouse needed 100 minutes of rugby, as well as a place-kicking competition to get past Munster in a thrilling quarter-final last Saturday, and will have to return to the Aviva Stadium again this weekend, this time to face Leo Cullen's side.

But Coughlan, whose Toulon side earned a 19-15 win against the champions just a few weeks ago in the Top 14, believes the quarter-final win may have taken too much out of the Toulouse tank.

"I think Leinster could do a job this weekend, considering the amount of effort that Toulouse have had to put into the last couple of weeks," Coughlan told RTÉ's Game On.

"I think Leinster could utilise that to their favour this weekend.

"It's basically France against Ireland this weekend. We played Toulouse a couple of weeks ago and were lucky to get out the right side of the result, but they had to do squad rotation because guys have been playing all year.

"I thought Munster were brilliant, I thought they did as much as they could do. It's just a horrible way for them to go out, they worked their socks off, every one of them, and the bench were brilliant as well. It was just one of those days, after 100 minutes of rugby it's hard to kick those penalties at the end of the game. The three kickers Toulouse had are three of the best in the world."

While back-to-back trips to the Aviva would appear to be daunting for Toulouse, Ugo Mola's side have an incredible record in Ireland in recent seasons, winning their last five Champions Cup games in this country, their last defeat being the 2019 semi-final, which just so happened to be at the Aviva against Leinster.

Coughlan says there is no instant recipe to beating the defending French and European champions, but says shutting down the supply of ball to their star half-backs Antoine Dupont and Romain Ntamack is the first step for any opposition.

"There isn't a secret, we [Toulon] were very good in our lineout, our lineout defence was excellent. We took away a big part of their gameplan with their plays off the lineout. Our scrum was good, and defensively we were good.

"The nine and 10 channel, obviously they have two of the best players in the world, and they can be the x-factor. Dupont finished the match, you couldn't see what position he was playing, whether it was nine, 10, centre, wing, he was at 15 at times. And then he's the one kicking the goals to put them through.

"The guy is phenomenal. I can't see Leinster keeping those two quiet for 80 minutes. They'll have their purple patch as they always do, but I know the Leinster staff will put a big focus on that nine and 10 channel, to try and cut off the source with big defence," he added.

Follow Leinster v Toulouse (Saturday 3pm) via our live blog on rte.ie/sport and on the RTÉ News App, and listen to live commentary on RTÉ Radio 1. 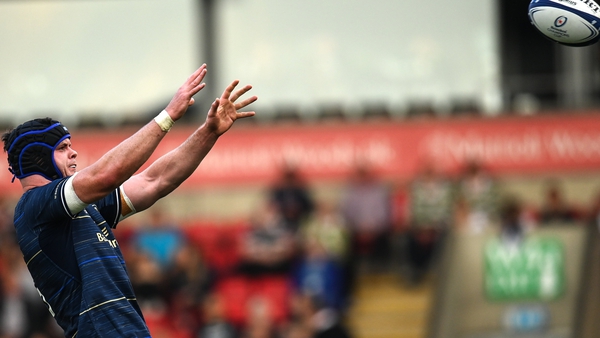