Leinster may be without Cian Healy and Jimmy O'Brien for Saturday’s Heineken Champions Cup semi-final against Toulouse.

The prop and winger were removed for head injury assessments during the second half of their 23-14 victory over Leicester on Saturday.

Healy came on as a 61st-minute replacement for Andrew Porter before leaving for his HIA five minutes before the end, while O'Brien was replaced by Tommy O'Brien in the 71st minute.

They will follow the return-to-play protocols, say the province.

"Yeah, they will both be good to go once they've gone through the procedures so hopefully we can welcome back them back this week," assistant coach Robin McBryde told RTÉ Sport.

Lock James Ryan (concussion) and hooker Rónan Kelleher (shoulder) have both been given the all clear, while Max Deegan (shoulder) has returned to full training and will come into contention for a back row spot.

Wing Jordan Larmour is due to step up his training as he works his way back from a hip injury, while scrum-half Nick McCarthy will be assessed later in the week for a shoulder issue.

Tickets for Saturday’s game at the Aviva Stadium (3pm) went on sale this afternoon.

It will be the French and European champions' second match in the week at the stadium following their quarter-final shoot-out-victory over Munster.

Meanwhile, England's Karl Dickson has been appointed referee for the mouth-watering clash of the teams who have nine Champions Cup titles between them.

Follow Leinster v Toulouse (Saturday) 3pm) in the Champions Cup semi-final with our live blog on RTÉ.ie/Sport and the RTÉ News app or listen on RTÉ Radio 1. 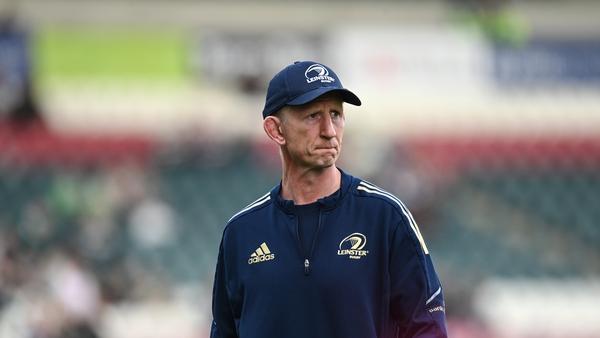