It's rare these days in rugby that a major transfer catches people by surprise.

There are always rumours and there are always leaks, but when Ulster announced last September that they had laded South African World Cup winner Duane Vermeulen, it came right out of the blue.

While the number 8 had turned 35-years-old a few months earlier, his signing on a two-year deal was still a major coup.

His international commitments with the Springboks meant Dan McFarland would have to wait until December to see him in an Ulster shirt, giving the province's fans a couple of months to wince their way through the Rugby Championship as they prayed for Vermeulen to come through unscathed.

But since making his debut in Ulster's Round 1 Heineken Champions Cup win away to Clermont Auvergne, the veteran has been a consistent presence in the back row, playing 12 of the province's last 13 games, as they look capable of challenging for both European and domestic honours this season.

It's 16 years since the former European champions last lifted silverware, but they have steadily improved under McFarland since his appointment in 2018, reaching the Champions Cup knockouts in three of the last four seasons, as well as getting to the Pro14 final in 2020.

Their recruitment in recent years has been as good as any in the league, picking up some experienced talent from down the road in Leinster, while also backboning the squad with homegrown stars in the likes of Mike Lowry, Rob Baloucoune, James Hume and Nathan Doak.

Every contending team is searching for that final piece of the puzzle though, and for Ulster, Vermeulen could be it.

He ticks many of the boxes teams want from a marquee foreign signing; as one of the finest number 8s of his generation he's vastly experienced and respected in the game, but he also knows how to win, having been a key player in South Africa's 2019 Rugby Championship and World Cup successes, Player of the Match in the World Cup final against England.

The bulk of his success has come later in his career, having been part of Toulon and Stormers teams that fell just short of silverware.

But after 16 years experience of top level rugby, the 35-year-old says he's learned about the key ingredient for winning.

"I think the big thing is probably that mentality," he says, ahead of this afternoon's Champions Cup last 16 second leg against Toulouse.

"Nowadays a lot of people still think rugby is a massive physical game, when I was younger I also thought so, but the last couple of years the more the mental game plays, how the coaches prepare the players, and your thoughts about the game and how you'll play.

"If you’re mentally prepared, the physical part is so much simpler. I think that’s the biggest thing from winning teams."

Of course, it helps if you're 6ft 5in and roughly 18 stone. While the Springbok's vast experience was a major draw, so too was his size, with McFarland looking to add a touch more physicality to his pack.

And while he looks to have brought that physical edge, the Ulster forwards have been outshone by their thrilling, young backline this season.

"I've been away from my family the last seven years, people don't really realise how difficult that is. We sat down and said we’d do it together, as a family, and when we go back we can all sit down and say this was the last step, hopefully I can come here and contribute in a way on and off the field."

Doak, Ethan McIlroy and Ben Moxham have all looked at ease in senior rugby, while Lowry, Baloucone and Hume's performances have seen them earn international recognition.

"Guys are jumping in with the coaches and prepping for the game, it’s great to see the guys doing that. That really shows that this team is really looking to go places and hopefully something is on the horizon."

The 60-cap Springbok is the latest South African to make an impression in an Ulster shirt, following in the footsteps of Ruan Pienaar, Johan Muller, Franco van der Merwe and Marcell Coetzee (above), the man Vermeulen has been brought in to replace.

Coetzee ended his five-year spell at Ravenhill to return to South Africa last summer where he looked set to link up with Vermeulen in the Bulls back row.

Initially, second row Leone Nakarawa was signed as the marquee import, before Ulster had to cancel the deal over concerns with the Fijian's medical report. With a significant budget to work with, operations director Bryn Cunningham stayed patient, before landing on Vermeulen three months later.

"A lot of people love being in one place and are really comfortable in doing that, but I love to move around, learn a bit, I love to learn from different coaches and different cultures. For me it's a journey, and you have to love the journey."

His signing came as a surprise to almost everyone, even to the man himself, who admits Belfast will likely be the final stop in his well-travelled career.

"I was just in a bad spot in South Africa, my contract came to an end and I was looking at something, going back to Japan, and this offer came up and I sat down and spoke to my wife and said, 'let's do this as a family, as a last home before I retire’.

"I’ve been away from my family the last seven years, people don't really realise how difficult that is. We sat down and said we’d do it together, as a family, and when we go back we can all sit down and say this was the last step, hopefully I can come here and contribute in a way on and off the field.

"If you had to look further, there would have been one or two [offers] in the pipeline, but I had to make an immediate decision because of where I was at that time.

"Obviously I could have stayed at the Bulls, but I decided to try something else. I’ve been in South Africa, played for the Bulls and Stormers and Cheetahs, but life is about experiences as well and not just being stuck in one places. 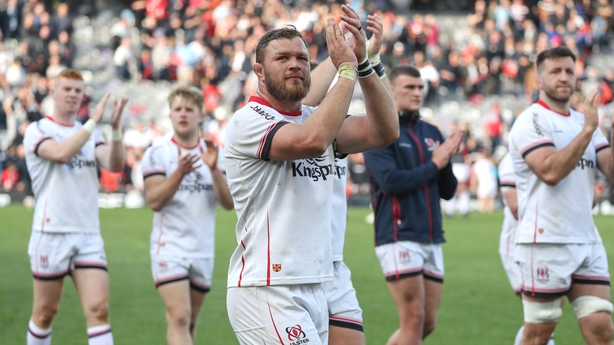 "Yes, a lot of people love being in one place and are really comfortable in doing that, but I love to move around, learn a bit, I love to learn from different coaches and different cultures. For me it’s a journey, and you have to love the journey.

"I think Ulster is renowned for South Africans who have come to play here, I don’t think it’s a difficult thing to do. Maybe a lot of guys didn’t really get the opportunity to look as far as Ulster, but if you speak to some of the guys who have played here before, they really said they loved it, they loved the culture, the people, they loved the style and the way this team plays.

"It’s great to be part of something like this, and hopefully there is some great stuff to come."

Victory against Toulouse - over two legs - would mark a major step in the journey for this Ulster side, who were beaten both home and away by the French giants in recent seasons.

But their form on both domestic and European front this season has been excellent, currently second place in the URC table, and harbouring a 100% record in the Champions Cup this season.

After four wins from four in the pool stages, the 1999 champions earned a remarkable 26-20 win away to last year's winners in their first leg in France a week ago, a cushion they will have to defend in tonight's second leg in Belfast.

And while the defending champions will be without two of their big-hitters in the front row (Cyril Baille and Julian Marchand), Ugo Mola's side still have talent all over the pitch, and crucially in their half-back pairing of Antione Dupont and Roman Ntamack. 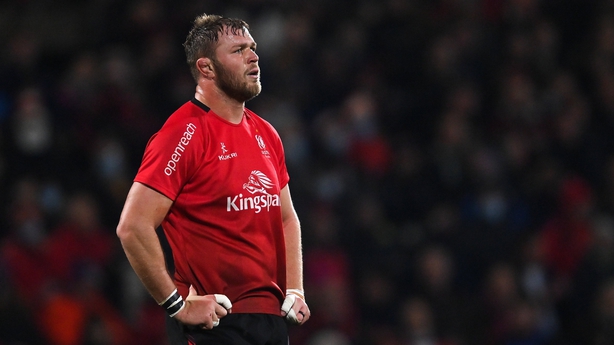 "Those guys are big gamechangers," Vermeulen says of the Toulouse half-backs.

"Obviously if you look at the Six Nations, and how well they played, Dupont running the show and Ntamack kicking the ball in the right areas, playing to their strengths.

"They have big packs, if they get the ball on the front foot it's so much easier for their backs to run onto.

"Toulouse play a massive offload game, and if you look back to our game at the weekend, the last 10 minutes they were rampaging through us and really got onto the front foot. It was difficult for us. There are some things for us to work on, but they are confident players, Toulouse won this tournament last year so they know how to play in these games, and know how to play finals and know how to win it.

"It will be a big game for us again, and hopefully we’ve got the guns to stop them." 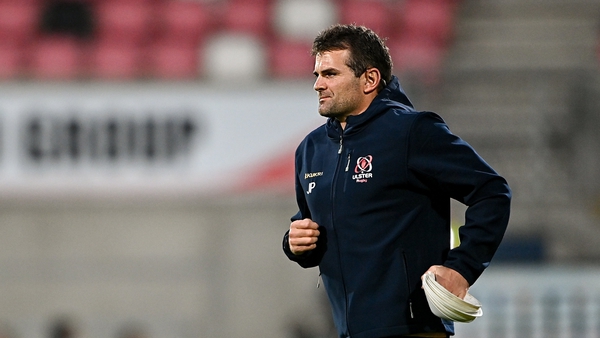