Unsure of how a two-legged round of 16 would play out, organisers must be at least content that four of the ties have less than a score between them, while big away wins for Leicester over Clermont, Racing over Stade and La Rochelle against Bordeaux would suggest those ties might not go down to the wire.

It's certainly all to play for as far as the Irish sides are concerned.

Connacht, despite the loss to Leinster, will feel they stood up and were counted, while Ulster were full value for their win in France.

Munster underperformed against Exeter and both teams will surely iron out many of the kinks that led to a strange game.

RTE.ie/sport will have live blogs on Friday evening and Saturday with match reports and reaction from the grounds.

Dublin is set to be partly cloudy and about 16C. Limerick on Saturday will be cloudy with temperatures around 12C. Similar conditions forecast for Belfast on Saturday evening with slightly lower temperatures.

Having shipped 85 points to Leinster in two URC defeats this season, Connacht upped their game a level last Friday to remain in the hunt.

The 21-26 scoreline from the Sportsground could have been worse but it could have been better too. Connacht were turned over on the line in the second half, while Leinster were one pass away on a number of occasions from adding to their tally.

The expectation is Connacht will have to find yet another gear, while Leinster, who switched the game from the RDS to the Aviva, can just play to par and get the job done.

Andy Friend has brought in Caolin Blade for Kieran Marmion in the only change, while Andrew Porter, Ronán Kelleher and Jamison Gibson-Park, sin-binned last week, come into the team that now boasts 12 Ireland first-team regulars.

Leinster have lost just once in their last 20 homes games in Europe, while Connacht are on a four-game losing streak in the competition.

The prize for the winner is a quarter-final with either Clermont or Leicester, who won the first leg 29-10 in France.

Munster are very much in the tie after coming away from Sandy Park battered and bruised but only down five points, 13-8.

However, the narrow deficit is mostly down to Exeter blowing a number of close-range chances, and some impressive last-line defence from the Reds.

Frustratingly, they could have snuck a victory, but only managed to convert a two-man advantage for almost 10 minutes into a 5-3 return.

They will expect to play much better on Saturday afternoon and could do with a full house in Limerick to get them over the line for what would be a 27th win over Premiership opponents from their last 30 matches at Thomond Park.

The news that Graham Rowntree would be the head coach from next season and a possible return for captain Peter O'Mahony, Joey Carbery and Simon Zebo should also provide a much-needed boost.

Rob Baxter’s Chiefs will also feel they have much room for improvement. Toulouse or Ulster await the winners.

The match of the weekend saw Ulster come away from Toulouse with a superb 26-20 victory and the margin might have been bigger had Romain Ntamack not crossed late on.

Indeed, Dan McFarland's side had to repel an even later attack that would have been a cruel blow.

Yes, Toulouse played for almost 70 minutes with just 14 following the sending off of Juan Cruz Mallia but Ulster, with Duane Vermuelen influential, were still worth their second win in France this season.

Robert Baloucoune ran in three tries and his form is just one of the reasons why the French outfit should be worried about this game.

However, with the likes of Antoine Dupont and the destructive Rory Arnold in their ranks, the holders won’t go down without a fight.

Ulster have beaten Toulouse in four of their six European encounters in Belfast, but the visitors have been successful in their last three visits to Ireland.

The victors will face Munster or Exeter in the quarter-final.

Elsewhere, Bristol bring Sale back to Ashton Gate with a single point advantage after a 10-9 win last weekend. Harlequins have something of a mountain to climb when they welcome Montpellier to the Stoop. They trail 40-26 from the first leg.

Ronan O'Gara's La Rochelle will be favourites to progress after beating Bordeaux-Begles 31-13 away.

Leicester Tigers take a 29-10 lead into their home tie against Clermont, while Sunday's game sees Stade try to overturn at 22-9 deficit away to Paris rivals Racing 92. 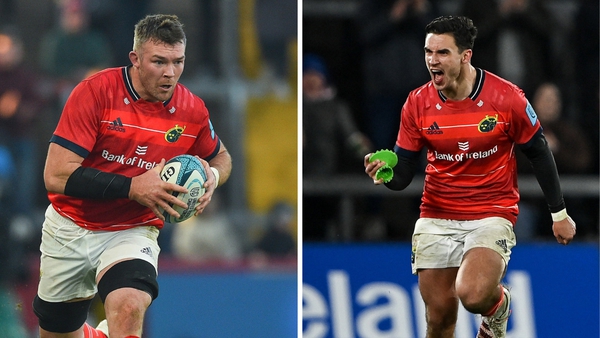