Peter O'Mahony, Joey Carbery and Simon Zebo have all been restored to the Munster team for their crunch Heineken Champions Cup last 16 second leg against Exeter Chiefs tomorrow (3pm).

O'Mahony and Carbery missed the 13-8 defeat at Sandy Park last Saturday due to respective hamstring and knee injuries, but have been passed fit to take their place in the starting team for the return tie at Thomond Park.

Zebo also returns having missed the last two matches. The wing sat out the URC defeat to Leinster earlier this month due to a head injury, and was a late withdrawal from last week's game in Devon due to a stomach bug.

The trio are among five changes from the side that were beaten by five points a week ago with Josh Wycherley and John Ryan coming into the front row.

They replace Jeremy Loughman and Stephen Archer who drop to the bench, and partner hooker Niall Scannell in the front line.

O'Mahony replaces Alex Kendellen in the back row, with the academy star among a 6:2 split on the subs bench. Jack O'Donoghue shifts to number 8, while John Hodnett continues on the openside flank.

Carbery's return sees Ben Healy drop back to the bench, with Conor Murray continuing at scrum-half, and Chris Farrell and Damian de Allende pair up again in the centre.

Zebo takes the place of Shane Daly on the left wing, joining Mike Haley and Keith Earls in what was meant to be last week's starting back three.

Munster will have to beat Exeter by six points or more to advance to the quarter-finals, following last week's 13-8 first leg at Sandy Park. 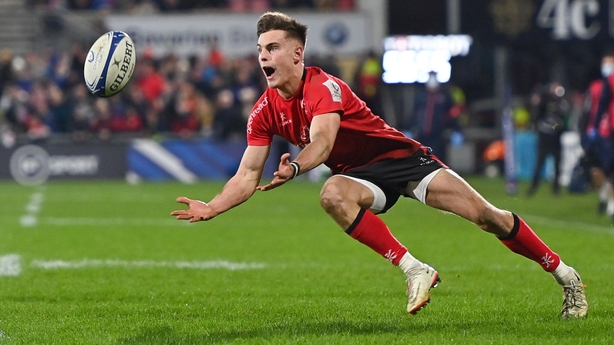 Ulster have made two changes to their team as they look to secure a home quarter-final against either Munster or Exeter.

Dan McFarland's side bring a six-point lead back to Kingspan Stadium for the second leg of their tie with Toulouse tomorrow (8pm), following last week's 26-20 victory in the south of France.

One of the changes is enforced, as Ethan McIlroy comes onto the left wing for Ben Moxham, who suffered a head injury in last week's opening leg, with the 21-year-old partnering Ireland internationals Mike Lowry and Rob Baloucoune in the back three.

The rest of the backline is unchanged, with James Hume and Stuart McCloskey in the centre, and Billy Burns linking up with John Cooney in the half-backs.

Up front, Andrew Warwick is rotated into the front row, with Eric O'Sullivan dropping to the bench, while Marty Moore and Rob Herring continue alongside him.

Captain Iain Henderson packs down alongside Alan O'Connor in the second row. 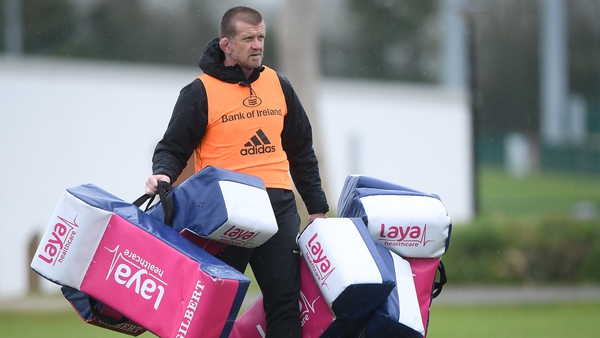