Victory over Italy will be the start of progression for Ireland, captain Nichola Fryday has vowed.

After "a tough two weeks" with defeats to Wales and France, Greg McWilliams' team picked up their first win of the Tik Tok Women's Six Nations campaign, notching five tries to beat the Italians 29-8 at Musgrave Park.

The bonus-point pushes Ireland up to fourth in the table ahead of a daunting trip to face England in a fortnight.

Head coach McWilliams outlined that there was "more to come" from the Irish side and Fryday echoed that view.

"I think this is what we needed, just to get a win on the board and get a little bit of confidence into the girls that we are on the right track," she said.

"We've had a tough two weeks but this is the start for us and this is how we're going to progress on now. I'm really proud of the performance we put in."

The second row added of a match viewed as "nearly a tournament decider" for Ireland: "It was difficult conditions, the big wind in the first half. We showed that we are smart rugby players and we can play to our strengths. We build on that now and we don't take any steps back. That's the focus for the next few weeks."

For 26-year-old Fryday, the "really special" emotion of captaining her country to victory was only heightened by the presence of her sister among the Musgrave Park crowd. 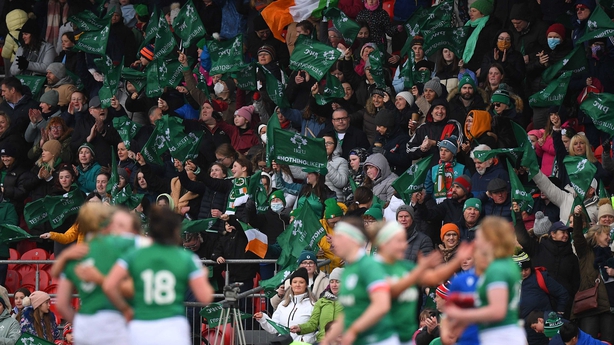 "My little sister has been living in Canada for the last year, so she flew home to surprise me for that match. That was a really special moment and it was very unexpected," she said, before touching on how the crowd in Cork helped the Irish side.

"It's amazing to look up into the crowd and see hundreds of little boys and girls who have come to support us. It's just lifting when you're on the pitch and you hear the roar of the crowd. It just lifts you as a player and pushes you on that extra little but.

"For us to get down to Cork and move around the country, it's great for the clubs. I was talking to Mallow and Clonakilty players and it's great for those little girls and boys to get the opportunity to see us and watch us play."

Fryday's sister wasn't the only visitor in and around matchday with Munster and Ireland back-row Peter O'Mahony sharing his expertise in camp with McWilliams' squad. 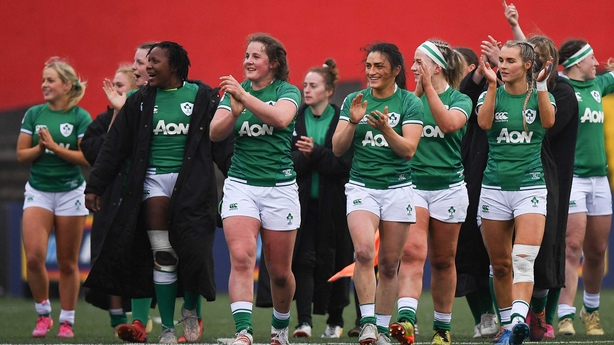 "It was great. It was more like a conversation. We got insights into his life and playing career," she said.

"I think a lot of his points resonated with a lot of the players. That was quite special. I suppose being in Munster, it added to it. It was a great moment."

Six Nations table-toppers England will be the opposition at Welford Road in round four on Sunday, 24 April and while Ireland will be clear underdogs, Fryday is hoping to carry momentum into the game to potentially pull off a shock result.

"It's kind of similar to France. We are delighted to go up against the best team in the world. We're not going to be going into it thinking about a loss," said the Offaly native.

"We want to implement our game-plan and bring it to them. You could see in the first 20 minutes against Wales, they really put it to them. We just want to make sure we go out fighting." 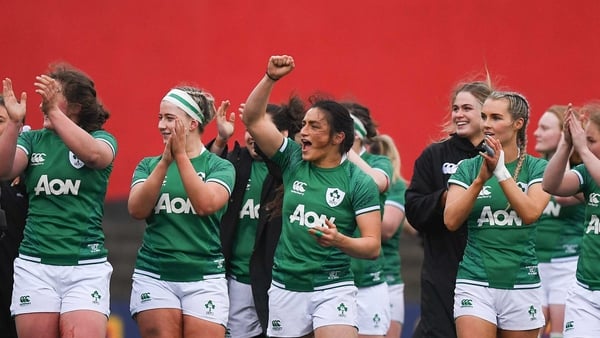