Ireland head coach Greg McWilliams says there is still more to come from his side after they claimed their first win of the TikTik Women's Six Nations campaign.

Defeats to both Wales and France had left Ireland under pressure to beat Italy, particularly with a daunting trip to England in two weeks, but McWilliams side never looked in danger of losing three in a row, cruising to an eventual 29-8 bonus-point victory.

"It's a good feeling," said McWilliams of the result, his first win since being appointed head coach.

"As I said before the game, we have a group of players that is working exceptionally hard. It is good to get rewards for that. There's more to come.

"There’s parts of the performance that we still need to improve but to be able to get a win and bonus point for this group of players means a lot for momentum and everybody needed the win.

"There was a bit of pressure on so it was good that they were able to channel that pressure and come out on top."

On a windy afternoon in Cork Ireland played the conditions well, building up a 10-3 lead in the first half having played into the breeze, before kicking frequently after the break. 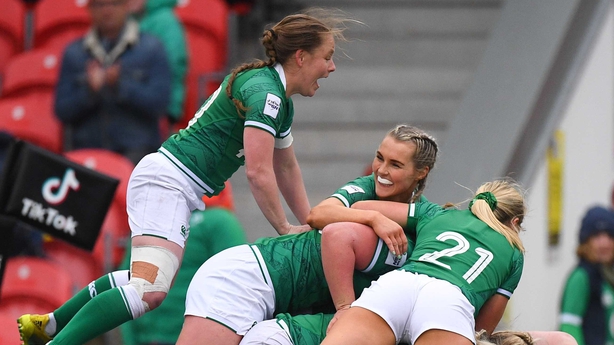 Their game management, particularly of the conditions, pleased McWilliams, as did their scrum, which dominated the Italian pack.

It marked a stark turnaround for the Irish setpiece, which had struggled in the opening rounds. They received extra help at the scrum this week from men's coach John Fogarty, who stepped into camp due to the absence of their regular scrum guru Rob Sweeney.

"I’m pleased for Rob Sweeney who has done a huge amount of work on the scrum. Him and Fogs [Fogarty] are tied at the hip, they have been working together for about 18 months.

"It was great to have Fogs here and he obviously added great experience but those scrums were for Rob Sweeney, he has done a huge shift in the scrum and it has been improving. It was ready to fire and thank God it fired today."

A crowd of 5,089 supporters turned out in Cork, with fantastic scenes at full time as the players mingled with fans for close to an hour after the final whistle. 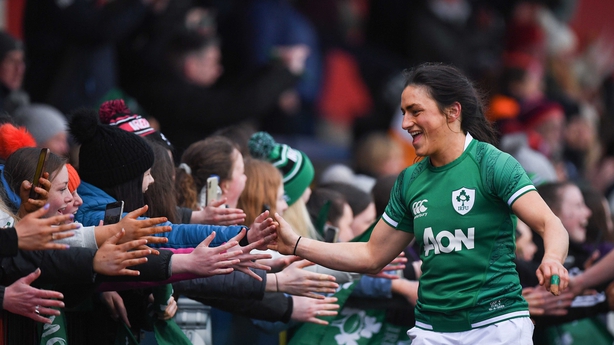 And there was also a wonderful moment following the game when 19-year-old debutant Aoife Wafer was presented with her first cap on the pitch by her teammates, before the Leinster back row completed her initiation by singing Miley Cyrus's 'Party in the USA'.

"Every time we have given caps pout we have been on Zoom links with the parents or other family members. Just to have the parents there, it meant a lot to the players. They just wanted to do it," McWilliams said of the on-pitch presentation.

"It’s something they felt was really important. It’s a big day for us. Aoife getting her cap is big for the family but it is big for the whole group.

19-year-old Aoife Wafer gets presented with her first cap out on the pitch. Still loads of people hanging around Musgrave, great atmosphere. #IREvITA pic.twitter.com/CpZClJdFaJ

"We’re all really proud of her and it was important that we all shared the moment. Rugby is the engine, the vehicle sometimes, for what you are trying to create which is lasting memories and being able to challenge yourself, go through difficulties and come out on top."

Ireland will now head into a rest week before their penultimate game away to England in Leicester on Sunday 24 April.

The defending champions will be runaway favourites, having dished out heavy beatings to Scotland, Italy and Wales already.

And McWilliams says the extra time to prepare will be badly needed.

"It helps to have the break, it's a good time for the girls to decompress a little after a three-week window.

"We will have a one-day camp next week and then we'll be back into the UK the following Thursday for a Sunday kickoff.

"Thank God, I think my wife and kids will appreciate the two weeks off as well so I can see them for the first time in about five weeks properly. I think everyone needs time to wash clothes, and get on top of their own life," he added.