Bundee Aki insists there is no tension between him and his rivals for an Ireland starting jersey.

This season it’s the New Zealander who has had the upper hand, starting against Wales (when Henshaw was injured), France and England, with Henshaw getting the nod against Italy.

With all three fighting fit ahead of tomorrow’s finale against Scotland, once again Aki gets the nod and the Leinster back, who started all three Lions Tests last summer, must make do with an appearance off the bench, from where he made a telling impact in the 32-15 victory over England last Saturday.

"Me and Robbie and Garry and James Hume, we all have a healthy relationship.

"Everyone puts their hands up every week to play and it’s a good healthy competition going on.

"Me and Robbie are just as close as we’ve ever been. We pick off each other and we help each other out, the same with Garry and James.

"I know for a fact that if it was the other way around, I’d do the same Robbie and I know for sure that Robbie has been doing the same for me. So it’s nothing strange, everything has been good."

Henshaw has a more rounded game while Aki is better known for his more direct style of play. However, the former Chiefs player insists he is oblivious to outside commentary about their pros and cons.

"I don't see or read anything," he says.

"It's what you guys say to me. That's all it is. I've got nothing against it. You guys asked a question about my passing game and I said I've always got it.

"I think I’ve alluded to it before, I’m just trying to do the right thing for the team and I’ve always had a passing game.

"People have their criticisms and criticise how I play, but it’s just the way I play and try and do what’s right for the team, and what’s best for the team at the time." 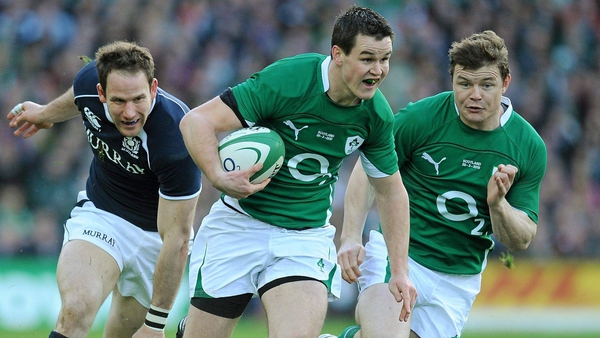 No gambling on preparation as Ireland eye Triple Crown against Scotland