Brian O'Driscoll says he doesn't expect too many fresh faces to stamp their authority on the Ireland squad between now and the 2023 Rugby World Cup.

With Ireland heading into the final 18 months of the World Cup cycle, Farrell's matchday squads since November have indicated he's settled on a first-choice group to play together until the tournament in France.

Twenty-four players have made their debuts in the two years since Farrell took over, with Ronan Kelleher, Caelan Doris, Jamison Gibson-Park, James Lowe and Hugo Keenan all firmly establishing themselves in Ireland's starting XV.

The Ireland head coach names his squad today for Sunday's Round 3 clash with Italy in the Guinness Six Nations, and despite calls for Farrell to use the game as an opportunity to spread gametime across his wider squad, it's expected that changes will be minimal.

The former Ireland captain says it's likely we only see a couple of tweaks from the defeat to France in Paris, with injury and illness dictating that both Ronan Kelleher and Iain Henderson will need to be replaced in the matchday 23.

"The reality is it’s a pretty settled - albeit it’s quite a young - squad for the most part, other than two or three names it’s quite settled.

"It doesn’t feel as though we’re going to have too many outliers shoot themselves into the squad for the World Cup next year. The guys that are there now in the training camp at the moment look as though they’ll be making up the vast majority of this World Cup squad. That’s everything you’re trying to do, work backwards.

"The focus is the Six Nations, but it’s ultimately about building for the World Cup. That’s the cycle we’re in, 18 months away.

"I think you’ll maybe see two or three guys come in [for Italy] but I don’t think you’ll see five or six guys who are on the periphery all of a sudden getting elevated into the setup.

"You might see a Craig Casey in there, but I just don’t see it being changed too much. The guys that are in situ at the moment will be thrilled about that," said O'Driscoll, who was speaking at the launch of the Guinness Giveaway this week.

While Farrell's first choice group looks to be gelling together, there are question marks around their depth in certain areas of the pitch.

In the centre, back three and back row there appears to be a long list of players capable of stepping into the Test arena in the event of several injuries.

However, with Johnny Sexton continuing to defy time and remain on course to play at next year's World Cup, and the recent reliance on both Andrew Porter and Tadhg Furlong in the front row, O'Driscoll believes the next 12 months will be vital in establishing not just the second choice options, but also the third choice.

"Joey [Carbery] has had a run of injuries and hasn't had an opportunity to play, we could talk about that forever, we need to get more game time into our 10s," Ireland's record tryscorer added.

"Things look great at the moment, but you scratch the surface and when you’ve to go down to the third choice, that's when you find out a lot about yourself.

"Those positions for me are still very, very important, they’re integral to the success of the team. Your controlling force at 10, and who is going to lock your scrum down.

"The importance of scrums in the modern game hasn’t gone away, and we need to make sure that it’s as strong as it currently is. If you take Porter or Furlong out you won’t be as strong, but who else can come in and do a very good job in the absence of those two?" 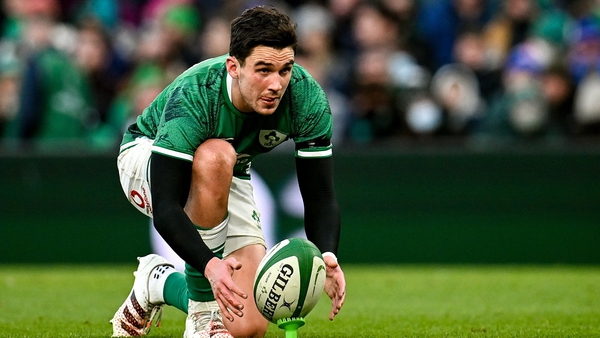 'Start Carbery and bring Sexton on for the last 30'