Joey Carbery should be rewarded with a starting place for Ireland against Italy on Sunday, according to Donal Lenihan and Bernard Jackman.

Despite Ireland's Guinness Six Nations defeat to France in Round 2, the Munster out-half's performance was roundly praised as he filled in for Johnny Sexton.

But with Sexton now fully recovered from his hamstring injury, the likelihood is that he will have some involvement in this Sunday's visit of Italy to the Aviva Stadium.

However, both Bernard Jackman and Donal Lenihan believe using Sexton as a substitute, with Carbery in the number 10 shirt, would be the best of both worlds.

"I would be totally in favour of that," Jackman said on this week's RTÉ Rugby podcast.

Those thoughts were echoed by Lenihan, who said starting Carbery against Italy would be beneficial both in the short and long term. 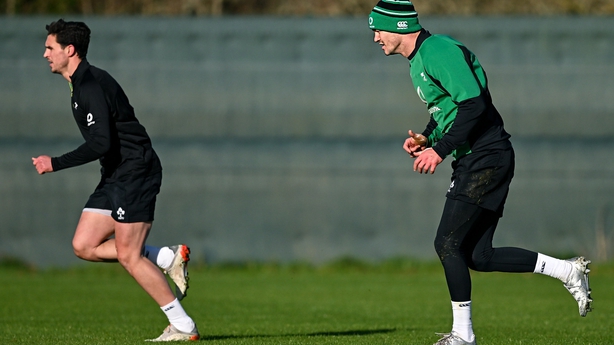 "This is where the longer term project comes into play for me. We all know Johnny Sexton - despite the fact that he's 36 - is head and shoulders against the next fellas coming up behind. Andy Farrell has spread the net Farrell far and wide, we've had the Byrne brothers, Billy Burns, Jack Carty is back in the mix.

"Joey Carbery only had 16 minutes under his belt since the end of November when he went in to start against France, that was as big a test as you're going to get, an I thought Carbery was outstanding.

"From that point of view with the long term objective of the World Cup I'd start Carbery and bring Sexton on for the last 30 minutes. He needs game time before the England match.

"England struggled in the last 30 minutes against Italy, didn't score until five minutes to go. France had a fallow period as well. I think Sexton coming off the bench with 30 minutes to go drives Ireland more, and gives Carbery what would only be his second start in Six Nations rugby.

"I would be clouded by what I want to do down the road, that would influence the decision for me," Lenihan added.

Speaking to media today, Sexton was asked how he thought Carbery played against France.

"He was composed on the day, did well and it's good for him having had a tough time with injury to get back," he said.

"He’s played a few games now, in the summer and then Argentina and France, so he’s getting those games in the international arena under his belt and he’ll only be much better for it." 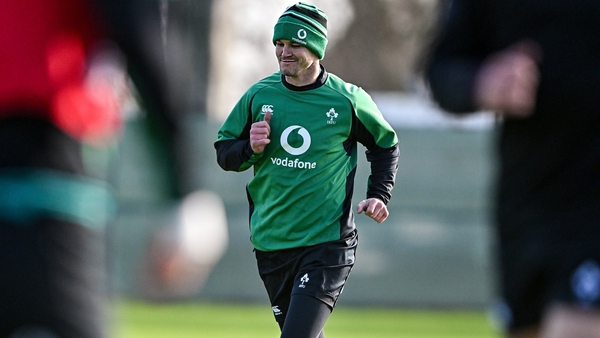