Ireland have been hit with a major injury blow, after confirmation that Ronan Kelleher will miss the rest of the Six Nations due to a shoulder injury.

The Leinster hooker was withdrawn 25 minutes into Saturday's defeat to France in Paris, with the IRFU confirming this morning that he will be unavailable for the remaining fixtures against Italy, England and Scotland.

Kelleher established himself as Ireland's first-choice hooker in the latter half of 2021, starting the last seven games for Andy Farrell's side.

And with the 24-year-old looking at up to six weeks on the sidelines, it means he will be touch and go for the first leg of Leinster's Champions Cup last 16 tie against Connacht on 8 April.

"It's disappointing for Ronan and for us," said head coach Andy Farrell.

"Obviously, Ronan has kicked off his international career with a bang. The more experience he keeps getting at this level, better he was going to become.

"But injuries are part of our sport and how we deal with that and how Ronan deals with that as a young professional is going to help him down the track as well.

"Him being out of the Six Nations will give other lads an opportunity to step forward."

In Kelleher's absence, Dan Sheehan and Rob Herring are set to fight it out for a starting berth in the coming weeks, with Sheehan coming off the bench in the opening two games and impressing, particularly in his 55 minutes against France.

Connacht's Dave Heffernan also looks set to return to camp next week, having been injury cover for Herring in the first fortnight of the championship. 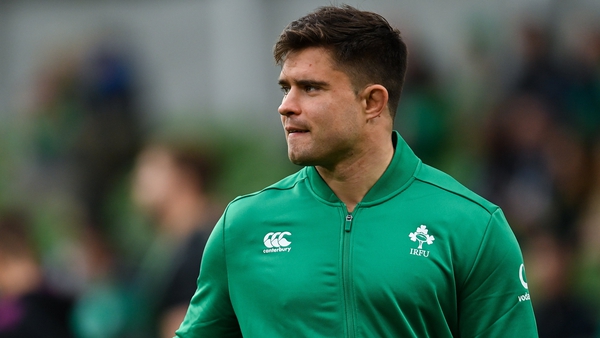