Ireland can't let France dictate the game tomorrow in Paris and Andy Farrell wants his side to respond positively to the inevitable Les Bleus purple patch.

Fabien Galthie’s team go into the Stade de France clash [4.45pm] as favourites and their odds shortened yesterday when the news that Johnny Sexton would miss the game with a hamstring injury was announced.

"We've got to play our own game, that's the way we're thinking," Farrell said.

"We've fallen into that trap before against big, physical sides and we've not been composed enough to be able to play our game, so we've learnt some lessons along the way with that.

"We've got to be brave enough to play the game how we want to play it and not get distracted with thoughts like that.

"We want to lay down markers everywhere we go.

"A big part of international rugby or any big sporting event is you've got to be mentally strong to be able to stay in the moment and there's no doubt that France are going to have a purple patch, it's an absolute given.

"How we get back down to neutral and get back on task is going to be key, there's no doubt."

Farrell’s men opened their account with a comprehensive 29-7 win over Wales, while France overcame a sticky first-half to beat Italy 37-10 last Sunday. 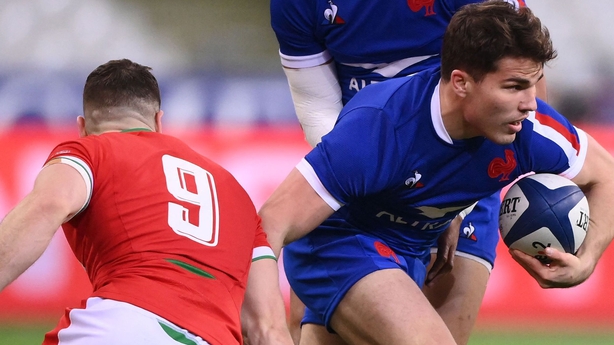 Key to the outcome of the match is the performance of world player of the year Antoine Dupont (above).

On the Toulouse scrum-half, former England dual code international Farrell said: "The reason he is such a great player is because of the dents his forwards tend to make pretty close to the ruck.

"The shape that he brings off nine and the rucking that follows always gives a nine room and space to be able to play how he wants to play.

"Obviously he's a running nine and a serious threat because of his speed and strength. It's something that we're certainly aware of." 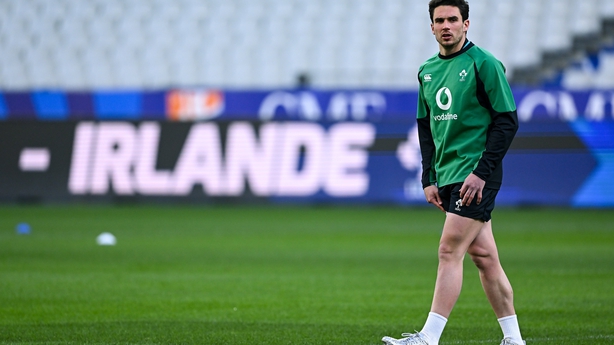 Ireland trained this morning at the stadium in Saint Denis and scrum coach John Fogarty confirmed they had no late injury concerns. "Good captain's run, we're good to go," he said.

Meanwhile, centre Bundee Aki, who saw off competition from fellow Lions midfielder Robbie Henshaw to retain his place, believes Ireland can cope with the loss of Sexton.

"Obviously Johnny is a big leader in our group and having him in there, travelling with us, it will be good for us to have him around. 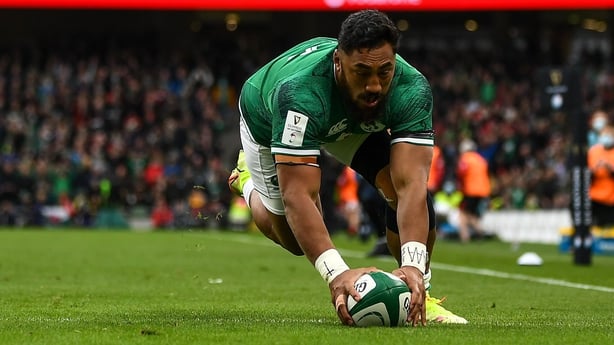 "Training went very well with Joey and Jack [Carty], it was seamless. We’re looking forward to playing with those two boys and hopefully we can build a little bit more depth into our team and go from there.

"We take full confidence off our training. Joey has evolved, he obviously knows what he’s doing. I’m confident we will play well together, to be honest.

"Joey is well-equipped to run games. He just does his thing and we follow him and do what we are supposed to do.

"It just shows the resilience of Joey and obviously he’s had a few setbacks, it just shows how tough mentally he is and I know how excited he is to get this start. He loves being involved.

"We obviously can’t just throw the ball around and expect to score tries like that. We obviously have to be able to do the hard work first to get the opportunity to play that way." 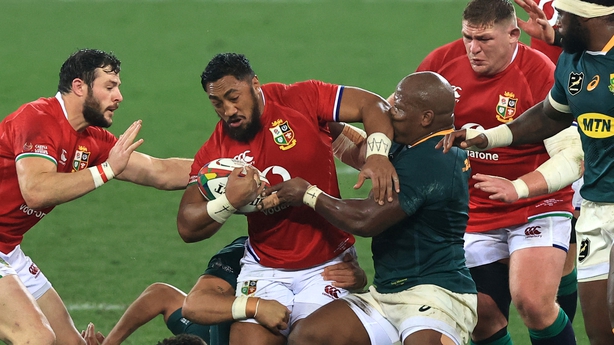 On the development of his own game, Aki, who started the third Lions Test in South Africa (above), added: "I think I get a lot of criticism for not passing but that’s just how it is.

"It’s always been there. Just doing the right thing for the team – that’s all I’ve always wanted to do, do right by the team."

"I wouldn’t say [it’s] frustrating, now. It’s all good. That’s their opinion not mine.

"I love both styles of rugby and I can do a bit of both, so I don’t really mind what my role is for the team. I will do what I need to do for the team."

Follow all of Ireland's Six Nations games via our live blogs on rte.ie/sport and on the RTÉ News App or listen to live radio coverage on RTÉ Radio 1. Watch live TV coverage of Wales v Scotland (12 February, 2.15pm) on RTÉ2 and the RTÉ Player. Highlights on Against the Head, Mondays 8pm 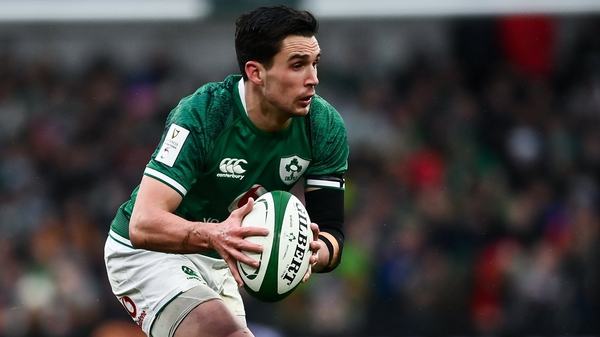