"The Ireland captain has been ruled out with a hamstring strain sustained in training yesterday," said the union.

The out-half is the only change to the side that beat Wales 29-7 last weekend.

It will be Munster fly-half's Carbery's first ever start in the Six Nations. The 26-year-old has won 28 caps for his country, starting eight times.

"It is what it is and that's the sport that we love," Farrell told RTÉ Sport.

"There’s always twists and turns, especially within a Six Nations. It’s a long old competition that runs over eight weeks so there will always be something that we have to deal with.

"Obviously Johnny is an important member of our group being skipper of the side.

"He is integral to how we push forward with many parts of our environment but at the same time this is about the group. Johnny will travel with us and be leading as he [much as he] possibly can be.

"It’s a great development for us as a team going forward as well and we still expect ourselves to be at our best in Paris on Saturday."

"It’s about us as a group and as a squad and that’s what Johnny does, he makes sure that the whole group is exactly where it should be.

"As I said, Johnny will travel with us and be a big part of the group but at the same time it’s not just about the number 10 as far as the direction of the team is concerned. It’s about everyone that takes the field."

That means Hugo Keenan starts at full-back with Andrew Conway, scorer of two tries last Saturday on the right wing. 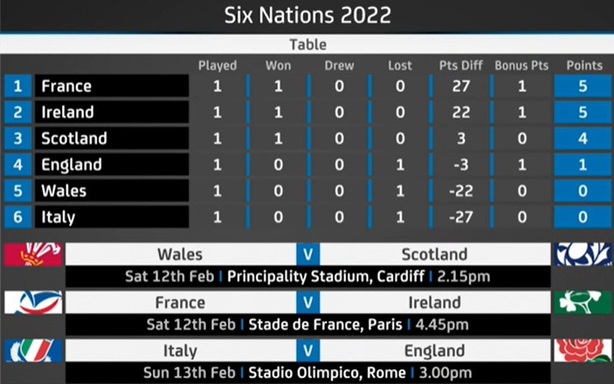 Connacht's Mack Hansen is on the opposite side following his man of the match display on his international debut against the Welsh.

Jamison Gibson-Park and Carbery are the half-backs, while Bundee Aki and Garry Ringrose continue their partnership in the centre.

The front row to take on Fabien Galthie’s side, who beat Italy 37-10 in their opening game, is Andrew Porter, Ronán Kelleher and Tadhg Furlong, with Tadhg Beirne and James Ryan, who captains the side, in the second row.

The forwards replacements for the trip to Stade de France are Dan Sheehan, Cian Healy, Finlay Bealham and Henderson, while Conor Murray, Jack Carty and Henshaw cover the backs.

France, meanwhile, have included Yoram Moefana in the backline and Francois Cros among the loose forwards in two changes.

Moefana replaced Jonathan Danty at centre and Cros came in for flanker Dylan Cretin, who started Sunday's clash with Italy.

The return of Cros reunited the loose forward trio from November’s 40-25 win over top-ranked New Zealand in Paris with Cretin dropping to the bench.

Danty injured an ankle last Sunday, giving the 21-year-old Moefana the chance to win his fourth cap ahead of Virimi Vakatawa.

Galthie will return to the stands at the Stade de France after a positive Covid-19 test forced him to miss Sunday's match. 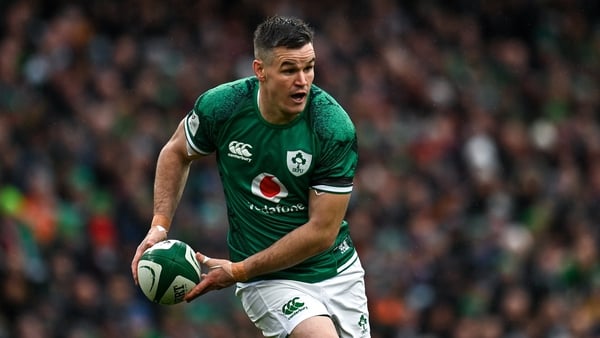 'It's nothing new for me' - Sexton not bothered by French scrutiny