Amee-Leigh Murphy Crowe believes there are no issues between the women's sevens and XVs programmes and that dual players are not falling between two stools.

Murphy Crowe made her name on the sevens circuit as a try-scoring machine and has been named on the World Rugby Sevens dream team.

The Tipperary native earned a call-up to Adam Griggs' XVs squad in the last Six Nations and she will win her sixth cap off the bench if called up when Ireland face the USA Eagles tomorrow evening at the RDS (7.15pm, live on RTÉ Player).

The build-up to Ireland's game against the USA on Friday has been dominated by reaction to comments made by Anthony Eddy, women's director of rugby #RTErugby pic.twitter.com/4h0nkUjUVl

In a difficult week for the squad, with the backlash over an interview given by director of women's rugby Anthony Eddy, and the subsequent reaction by current and former players, rumbling on, the players would love to focus solely on the game as they bid to recover from a devastating failure to qualify for the World Cup.

There have been questions about how the two programmes, ostensibly given parity of esteem, meld together.

Does the dove-tailing reduce the effectiveness of one or both codes?

That was the question posed to Murphy Crowe at a media briefing yesterday.

"Externally, it's a bigger issue than internally," said the 26-year-old. "The girls absolutely love having us here and we love being a part of this team.

"Do I feel like we're falling through the cracks? I don't.

"Personally, it's a massive opportunity whether I get to pull on an Ireland XVs jersey or an Ireland sevens jersey. I'll give it everything.

"Like that, any international player who gets the opportunity to play sevens or XVs will do it to the best of their ability.

"There [are enough players], we've shown we can cross over both teams. 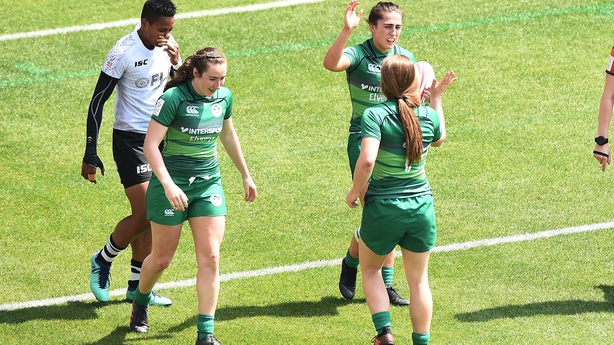 "New Zealand do it quite a lot, I know they've a bigger pool but we've shown over the last 18 months that we can go between both and I think that's really positive.

"I don't think a girl should grow up thinking she might play XVs or sevens, whatever opportunity a girl gets to play for Ireland I think it would be a goal for her.

"It's massive to play both, so for me personally I don't think it's an issue."

Asked for a personal preference between the codes, she declined to name her favourite child: "I can't answer that question, I started my journey in XVs, went to sevens and then back to XVs.

"If it was internationally, the coaches at hand make the best decisions for us. It's not us personally as players, it's what's best for the team at the time what takes priority." 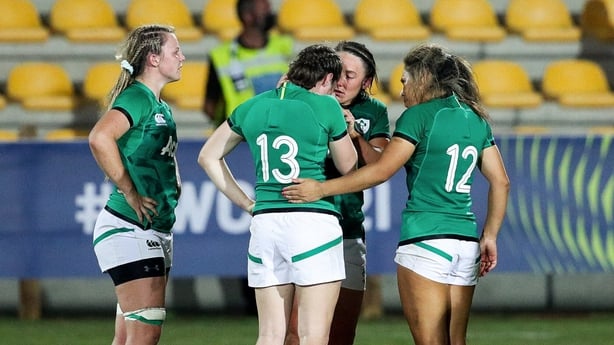 But it’s full focus on XVs for now with the USA and Japan proving the opportunity for the side, who will welcome a new coach in Greg McWilliams at the end of the month, to get the Parma debacle (above) out of their system.

"It's difficult. It was something that for 18 months we dreamt of, we just dreamt of playing at the World Cup," said Murphy Crowe of the immediate shock of losing to Scotland.

"We didn't see past that, it was just our goal and we never saw anything else.

"It's very raw for us, still. It is hard. Personally, I've lost tournaments before and haven't qualified for things.

"This World Cup is just as hurtful, but I was able to go back into sevens and I was able to train. I'm not going to lie, that Monday coming in here was difficult for us.

"Coming back into the High Performance Centre wasn't easy, it was the first time we'd been back here since we'd left [for Parma] and at that point all we saw in our sights was the World Cup.

"It was difficult, but I had my team-mates around me. We all know how each other feel, we're all there for each other.

"It's just about moving forward, growing and learning from that tournament. I'm just going to look forward to those two international games, they're my sole focus now.

"At least it was a good thing to have them on the cards and to look forward to."

It will be the winger’s first time to play an international in front of a home crowd and she can't wait for their bow at the RDS.

"All we want is fans and family and friends there to be honest," she added.

"We know the support is out there for us, it's quite exciting getting into the RDS knowing there'll be quite a full stadium.

"It's my first home game with a home crowd which I'm really excited about, having family and friends there is huge.

"It's giving me such a boost for the week and all the girls too, having family friends around us as we play the USA." 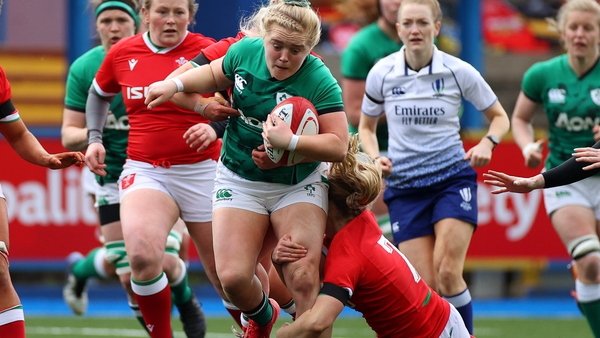