Saturday’s Autumn Nations Series game is completely sold out with the All Blacks in the Aviva Stadium once again proving an irresistible draw for Irish rugby fans (3.15pm, live on RTÉ).

Part of the tradition is the famous pre-match Maori battle challenge and while it’s a firm fan favourite, there has been disquiet in the past about the benefits for the Kiwis of such a blood-pumping display immediately prior to kick-off.

Asked if it’s an unfair advantage to New Zealand, the 23-year-old back row said: "Yeah, potentially. In a way it brings us together as well.

"We are all lined up and it’s like we are in it together in terms of facing it as well.

"It probably gives them an adrenalin rush, which could be beneficial, or it may not be depending on how the first few minutes go but I’m excited to face them.

"In terms of mental prep there probably will be a bit of visualisation around the Haka, around coming up against them.

"I played them at U20s so I've faced the Haka before, but not the real thing, so I'm excited and looking forward to it." 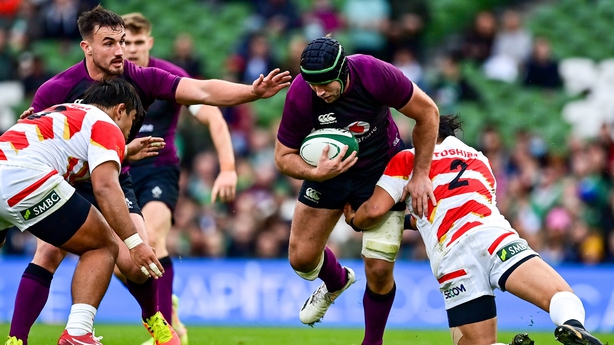 Ireland are on a six-match winning streak that includes a comprehensive victory over England at the end of the Six Nations and a nine-try romp over Japan last Saturday.

"There's quite a bit of excitement around the place," said the Mayo man, who won his tenth cap last Saturday.

"Obviously, the All Blacks are probably the number one in the world, which means we've got to bring our best performance this weekend so that means the week has got to be good.

"Good preparation leads to good performance so the focus has been on that so far.

"We had a good training session earlier, we were out there for quite a while and got through a good bit of stuff so yeah, we're in a good place.

'The most important thing is that we win and that's what we're judged on' - @irishrugby captain Johnny Sexton looks ahead to @allblacks challenge #RTERugby #RTESport #IREvNZ pic.twitter.com/n5avyvNvk7

"We have another big session [today] and then that will set us up nicely.

"It's kind of getting the balance right [mentally] between preparing as you would and not making too big of a deal around them.

"[We are] focusing on ourselves but also being aware that you are coming up against the biggest team and are going to need to bring the best out of yourself.

"So it's the balance in not over-emphasising on them and then not getting our own stuff right, but also being aware that we are coming up against one of the best teams."

How do Ireland beat the All Blacks? Stop them from scoring more than 20 and you'll give yourself a shot, says @TheRealEddieOS #AgainstTheHead #RTErugby pic.twitter.com/DWBFFvItcj

They now hold the record of tries scored in a calendar year with 96. Doris said his team had mentioned it but it’s not a focus for them.

"There hasn't been too much emphasis on it," he said.

"We went through some of their set-piece and power-plays earlier on and tries they scored in late games without particular emphasis on that.

"But we back our fitness in here and the intensity in here. Hopefully we will be in good stead." 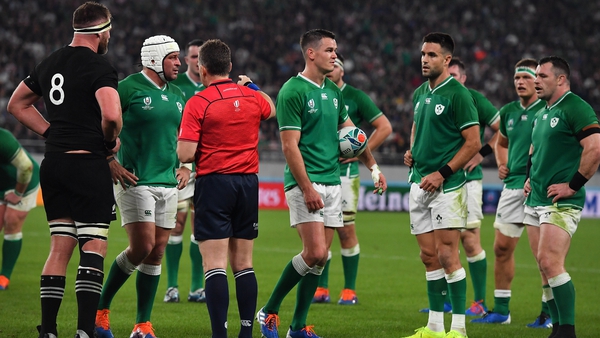