Andy Farrell's Ireland side face Japan, New Zealand and Argentina next month, as attention shifts towards the Rugby World Cup in France in 2023.

With captain Johnny Sexton looking more and more likely to be captaining Ireland at the tournament, Joey Carbery and Harry Byrne appear to be leading the race as his deputies, with both picked in the squad for next month's games.

"If Johnny's going to go to to the World Cup and it looks at the moment like he probably will, is Harry Byrne going to get enough games?," he asked on this week's RTÉ Rugby podcast.

"Plus, Harry Byrne's robustness is a question mark to clearly be the next guy, and you've also got Joey there. Effectively you have doubts about Joey and Harry.

"That's maybe why Jack Carty who is fit and ready to go and on form might have been a nice guy to have in the squad."

Carty (below) hasn't featured for Ireland since the Rugby World Cup in Japan, and despite his blistering early season form, has been overlooked by Farrell in favour of Carbery and Byrne. 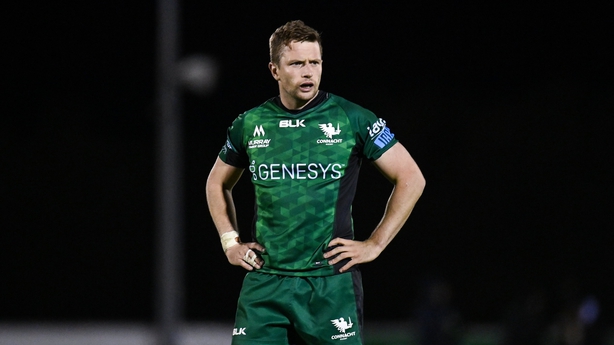 Jackman says the Connacht out-half has been made carry the can for Ireland's poor showing at the last World Cup, and he believes that if Sexton does continue for a further two years, Carty ticks every box to have as a deputy.

"I think Jack Carty has been very harshly punished or treated for the Japan defeat in the World Cup. It's not as if there's any player at international level even outside Ireland who hasn't had a bad day.

"It's how they develop from that and I think Carty looks to be more mature, a stronger leader, exactly what Ireland need.

"Let's be honest, because Ireland don't have a really rigid attacking philosophy or clarity around how we play, I think the 10 for Ireland, their necessity to be a leader and a game manager is more important than it is for a lot of other teams because it seems to be quite loose.

"Obviously this is the way they want to go post-Joe, but it seems to be quite loose in terms of how we want to play, so we're really relying on that 10 to boss things, and to put people in position.

"The fact that Carty looks to have developed that side of his game should be a bonus, and it's definitely not part of Joey's game, Joey's more instinctive. Harry may have it, but it's not proven at this level, he's probably in there because of his talent as a passer and a footballer.

"It's a big gamble, I think. Realistically you could say we' could come out of November not in any way closer to knowing what that depth chart behind Sexton is, who is clearly number one.

"Jack Carty has been very harshly punished or treated for the Japan defeat in the World Cup..."

🎙️ Listen to this week's RTE Rugby Podcast in full below... 🎙️https://t.co/5prNaxDhbC pic.twitter.com/3ZUw0jOAHi

Those thoughts were echoed by former Ireland international and current Ballincollig Women's head coach Fiona Hayes, who says 29-year-old Carty is the perfect age to be prominent player in Ireland's World Cup cycle.

"It's bang in those prime years. We saw him bossing that pack around the Aviva on Saturday night, he's really grown as a character. He's loving that captaincy role," she said.

That's what you want from a 10. The thing I don't understand is as a coach you're looking at form constantly, and from those selections other players will be wondering 'if I do pick up my form will I be selected?'

"It's baffling for me. I'd say Jack Carty himself was a bit shocked because he said he spoke to Andy who told him exactly what he needed to work on, and we're here talking about how he's worked on that and got to a level of consistently.

"From what I've seen this season I believe he's pulling the strings, and that's exactly what we need to back up Johnny." 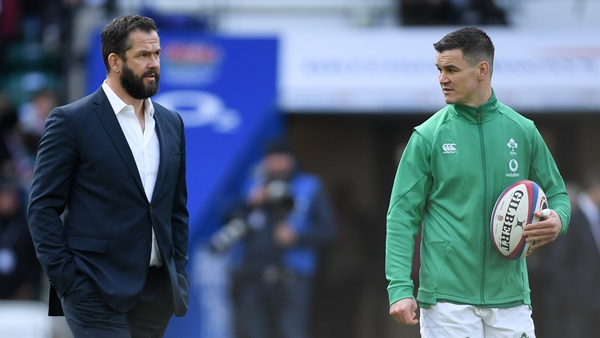 Johnny Sexton's successors have to hold their hands up - Tony Ward