Andy Farrell's side gathered in Carton House today, as preparations began for their Autumn Nations Series games against Japan, New Zealand and Argentina (live on RTÉ2 and RTÉ Player).

It's almost two years to the day until the final of the 2023 World Cup in France, 28 October 2023, and Sexton says the tournament is firmly "on their radar".

"We have spoken about that (World Cup), that we have a two-year block ahead of us and how we can go into that tournament in the best place we can be and full of confidence and ready to take on the world.

"We spoke about that and that block starts now. We want to see continuous improvement and consistency that everyone is proud of. The focus is all on Japan now to get off on the best foot possible.

"There is a difference already because we've mentioned the World Cup two years out.

"We've sort of put it on the radar which we’ve never done before, certainly since I’ve been involved." 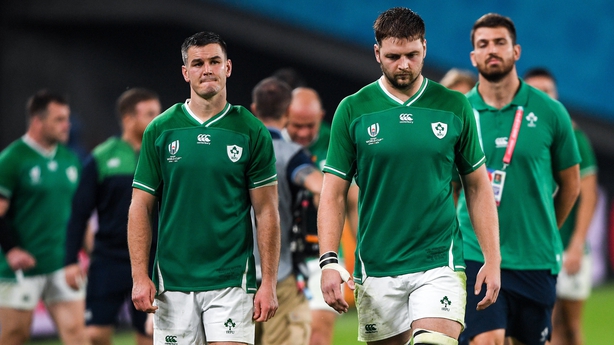 In the past, Ireland have often been accused of short-termism and peaking too early ahead of the tournament, notably in 2018 when they won the Six Nations Grand Slam and beat New Zealand, before drastically losing form before the World Cup a year later.

Sexton says while the focus is ultimately on the long-term, they won't be allowing their short-term standards to drop.

"It’s great to have it there in the back of your mind and it’s something to strive for because if you view it as a journey, there is always that end point that you can strive towards.

"You have to be open-minded enough to do things in different ways. I like it. It's what other countries do. You can see it in their selections.

"But we have a duty that we want to win games now as well. I think every country has to find that balance. That's not up to me, it's up to the coaching staff. Hopefully we can kick it off to a new level."

Ireland begin their Autumn Nations Series campaign against Japan on Saturday 6 November, before taking on the All Blacks and the Pumas.

Currently on 99 Test caps, Sexton will bring up his century when he next wears an Ireland shirt, and despite a hip injury sidelining him for Leinster's win against Glasgow last Friday, he's available for selection for the visit of the Brave Blossoms.

"Yep, all good, I just had a little niggle in my hip over the last couple of weeks, but good to go.

"I trained yesterday, trained two days before that, and yeah, all good. So I'm ready to train tomorrow.

"We've got meetings today, we just met up this morning and I'll train fully this week and next week and hopefully lead into Japan.

"I think it's a big series of games.

"Since Andy's come in we've had some great performances and we've had some average performances, so for us it's about getting that consistency. The level of consistency where you don't see us going up and down, you see a standard that we want to set with Japan being first up, and then continuing that for the two games subsequently," he added. 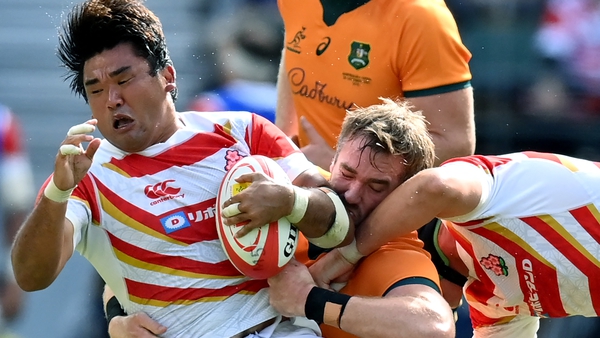 Japan gear up for Ireland Test with Aussie defeat 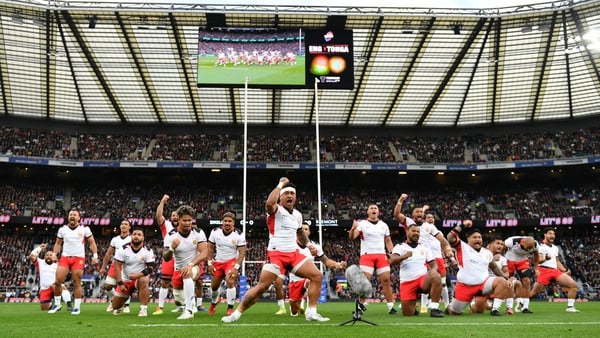