Farrell was a late replacement for Dan Biggar at 10 owing to an ankle sprain Biggar picked up in training yesterday.

Anthony Watson moves to the left wing to replace Josh Adams, with Williams drafted in to start at full-back.

Adams, the Tour's top try scorer, drops out of the matchday squad to join his partner via Zoom to witness the birth of his first child.

"Dan’s got a minor ankle sprain which is not worth risking, so Owen comes in at 10," said Lions head coach Warren Gatland.

"We’ve always said family comes first, so naturally Josh drops out as planned to be with his partner. We wish them both our very best wishes for an easy delivery."

Meanwhile, Alun Wyn Jones has returned to the Lions touring party after a remarkable recovery from a shoulder injury, while Ireland international Rónan Kelleher has been called up to provide cover at hooker.

The Welsh lock dislocated his shoulder against Japan on 26 June, but after training with the Welsh squad, the towering second row has been passed fit and will fly into Cape Town tomorrow.

It does however pose questions around the issue of captaincy.

Named as the original tour captain, the Wales skipper was replaced by Conor Murray when it seemed as though he would play no further part in the expedition against the world champions. 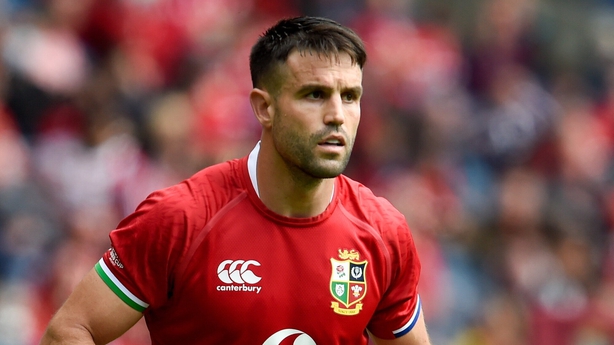 Murray is set to make his first start since being named Jones' replacement in today's clash, with Ireland team-mates Bundee Aki and Iain Henderson also in the side.

Warren Gatland meanwhile is delighted to be able to call upon Jones for the tour.

"We are delighted to welcome Alun Wyn back," he said. "It'll come as no surprise to anyone who knows Alun Wyn that since injuring his shoulder against Japan, he's done everything he can to get himself back.

"It’s remarkable really when you consider it’s just 18 days since he left us in Edinburgh.

"He’s obviously raring to go and from what I’ve seen on video and the feedback we’ve received, he’s certainly not been holding himself back in training. He was really getting stuck in yesterday.

"It’s a massive boost for the Lions to welcome a player of Alun Wyn’s stature back."

Jones' potential comeback was described as a "miracle" by Gatland when he first raised the possibility just over two weeks ago that the Wales skipper could be reunited with the Lions.

At that stage it appeared highly unlikely that he would recover in time to play a role in the tour, yet he has defied the odds in what is a major lift for the expedition to South Africa.

Gatland revealed that Jones will not be considered for Saturday’s clash with the Stormers but insisted he could face the Springboks a week later.

"So he arrives here tomorrow (Thursday) and will be training on Monday in contention potentially for Test selection. He won’t be considered for the Stormers game."

Gatland confirmed that Jones is likely to take back the leadership duties from Murray when he comes into camp.

"We’ll have a conversation with Alun Wyn and Conor when Alun gets out here and talk about that," Gatland said

"There’s a good chance that Alun will resume as tour captain and I think Conor will be pretty happy with that.

"None of us expected he would be able to make this recovery and come out. We’ll make the best decision for the squad." 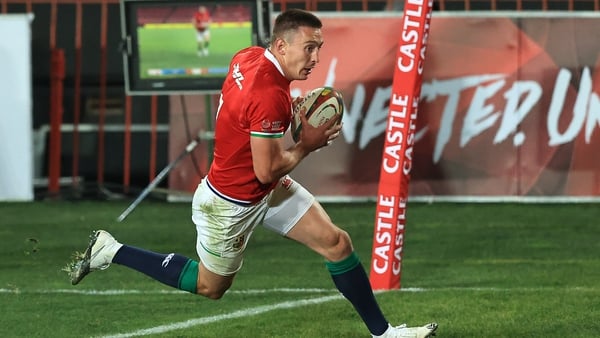