Josh Adams was a late withdrawal from the British & Irish Lions side to face South Africa 'A' on Wednesday so he could be with partner Georgia Davies via Zoom and share the experience of the birth of their first child.

The winger was set to play at the Cape Town Stadium but will instead spend the evening in front of his device on the video conferencing platform providing support to Davies.

The pair caused a stir in February when they attended a gender reveal party while Adams was in camp with Wales in the Six Nations, breaking the team's Covid-19 regulations.

He was suspended for two tests, including the opening game victory over Ireland.

Owen Farrell was a late replacement for Dan Biggar at 10 ahead of the game owing to an ankle sprain Biggar picked up in training yesterday. 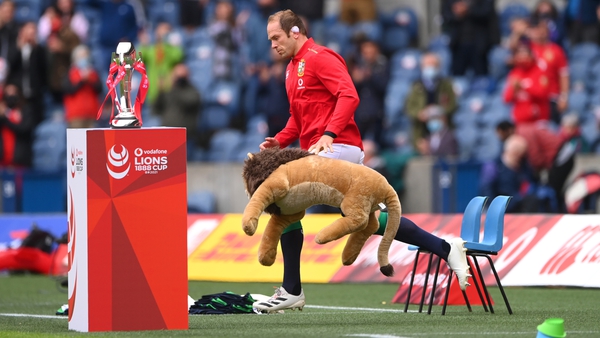