Ronan O'Gara would not have to serve time in the Irish system before becoming head coach of the national team, according to David Nucifora.

All five permanent head coaches since Brian Ashton departed in 1998 have been appointed from within.

However, former Munster and Ireland out-half O’Gara has been cutting his teeth at Racing 92 and Crusaders, and is currently head coach at La Rochelle, where he will graduate to director of rugby next season.

Current boss Andy Farrell is contracted until the 2023 World Cup and there is no suggestion that he won’t see out the deal.

But O’Gara, 44, has been making waves and has be mentioned as a contender when the position becomes available down the road.

Asked if O’Gara would need to return home in advance of getting the top job, Ireland’s high performance director Nucifora said: "No, there’s always different ways of doing things.

"I’d be a great supporter of people going offshore and gaining new and different experiences.

"Ronan has been really courageous in the move he’s made, to go out there and try and develop himself as a coach.

"It may be that he comes back through the provincial system but it’s not a requirement." 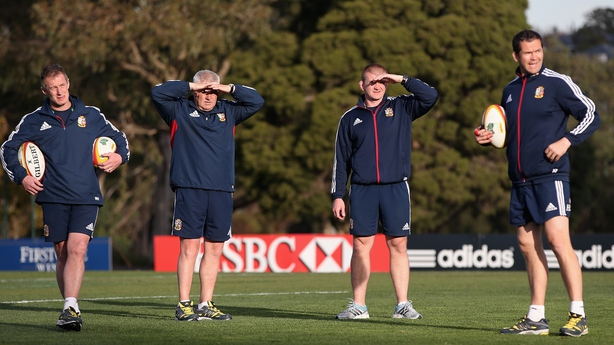 Meanwhile, the IRFU has given its blessing for Andy Farrell to join up with the Lions as part of their coaching team for the tour of South Africa.

Uncertainty over the now-cancelled tour to Fiji had complicated matters.

However, Farrell, who was part of the last two Lions tours as defence coach, will be able to hook up with Warren Gatland’s squad following Ireland’s second summer Test, against the USA on 10 July.

That would mean he could be in place for their meeting with South Africa 'A’ four days later in Cape Town.

There are eight Irish players looking for Test places.

"It’s something we’ve been in discussion a long time around how that would all work, whether the tours were on, the tours were off," Nucifora said about Farrell’s involvement.

"We were always open to the idea after the tour was finished, if we had a tour, that Andy would go over and join them.

"The way it’s panned out he’s got the ability to be there a little bit earlier. I think it’s good for Andy, it’s good for our players that are on the Lions tour.

"All those things are only ever a positive."

The Covid-19 pandemic has seriously affected the IRFU’s budget with the union set to record losses of €30m this year.

Despite the changed landscape, Nucifora insists that the ‘central contract’ model and the home-based players selection policy remain the right way for the IRFU to do business.

"We’ve revisited it a number of times, looked at the different models that could work," said the Australian.

'No short-term fix' for women's game

"At the moment we haven't been able to come up with anything that’s better than the model we have.

"The model serves us pretty well. I don’t think any model would be perfect. They all have their flaws in some way, shape or form.

"It’s important and that crosses over into our unwritten rule of only selecting players who are based in Ireland. 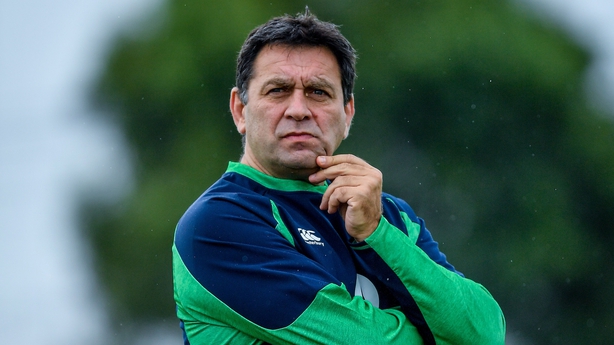 "That is there for the health of the provinces, that keeps the provinces strong, which keeps Irish rugby strong.

"If we were to loosen that it would make the provinces vulnerable to losing a lot more players because they would have the ability [option] to come back and play for Ireland and not necessarily contribute to Irish rugby through the provinces, which would have a knock-on detrimental effect.

"For the IRFU, in this time of financial hardship, would it be a good idea? It probably would.

"It would be a really good idea for us to pass on the cost of our top players to English or French or Japanese players but that’s not the right thing to do.

"The right thing to do is to support the provinces, keep the game healthy in Ireland and maintain what we are doing because I think our model has been proven to be quite strong.

"There are a lot of countries who look at our model with envy. We are not perfect but it’s a pretty damn good model."