On Saturday evening (kick-off 5.15pm) in Belfast something has got to give as the two unbeaten conference leaders meet in the Guinness Pro14.

Hosts Ulster are nine wins from nine in Conference A (Leinster also boast a 100% record but have played two games fewer), their most recent victory secured at the Sportsground after overtunring a five-point interval deficit to run out comfortable winners.

Munster should be entering the fixture on the back of an interpro against Leinster, but the St Stephen's Day match was postponed, with Leinster later confirming two senior players had tested positive for Covid-19.

For Munster prop John Ryan, there was a silver lining to the postponement of the eagerly-awaited clash.

"I was personally disappointed last week that the game was cancelled, but a lot of lads took the positives out of it," he told RTÉ Sport.

"We were able to see more of our families around Christmas, I was with my wife and two kids. I had a nice Christmas for the three and a half days were were off, so that was great."

Now the focus switches to a visit to Kingspan Stadium and a bid for an eighth successive win in the competition.

Last January the home side recorded a five-try hammering of their Irish rivals and not since the 2016/17 season have they left Belfast with a win.

"It’s going to be a big game," Ryan says. "The last four times we have played, the home side has won.

"Last year we went up there and we didn’t have a good performance. We will be looking to change that.

"Ulster are on great form at the moment. They were under the pump last week against Connacht and turned the game on its head.

"It was a serious result." 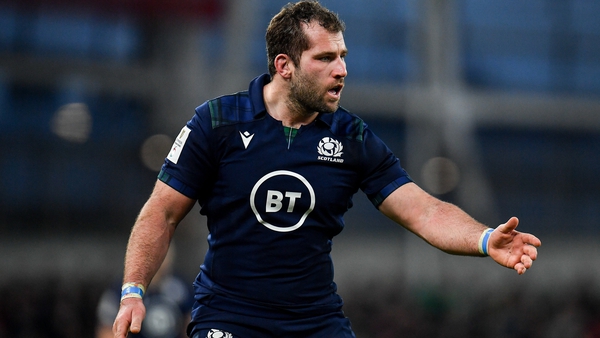