Exeter have beaten Castres to set up a winner-takes-all Heineken Champions Cup showdown with Munster at Thomond Park on Saturday evening.

The English Premiership leaders were 17-5 up at the break and secured the bonus point just five minutes into the second half before eventually running out 34-12 winners against the Top14 champions.

The bonus-point win leaves Exeter on 13 points in Pool 2, four behind leaders Munster, who beat Gloucester 41-15 on Friday night.

A win for Rob Baxter's team, while denying Munster a bonus point would be enough to make the knock-out stages as they would have a better head-to-head record, having drawn the opening game against Johann van Graan's men at Sandy Park.

However, victory for the English side with a four-try bonus point would mean that Munster would need to earn two losing points, i.e. lose by seven or less and score four tries.

Alternatively a draw or any type of win for the hosts next weekend would send the two-time winners through to the quarter-finals.

Munster will be hoping that Montpellier can beat Edinburgh away next weekend in order to get a home quarter-final.

All of the other pool leaders are ahead of Munster in the rankings but a win for the French outfit would suit Van Graan's side, providing they win at Thomond. 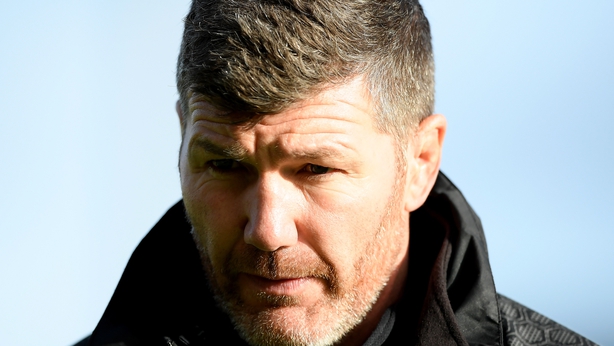 "We have done the most important thing, which is get to the last stage of the pool effectively in a knock-out game," Baxter said.

"It is not as simple as that because we have to do more than just win the game. We have to collect at least a four-point gap to get level with Munster, but we have given ourselves a definite something to go over there and play for.

"It is going to be a fantastic test for us, and great to see which players want to stand up and fight.

"The biggest thing for us is to get emotionally recharged.

"Looking at Munster (at Gloucester) on Friday, they went there absolutely bubbling with emotion, to get in the faces of Gloucester, particularly in the forwards. 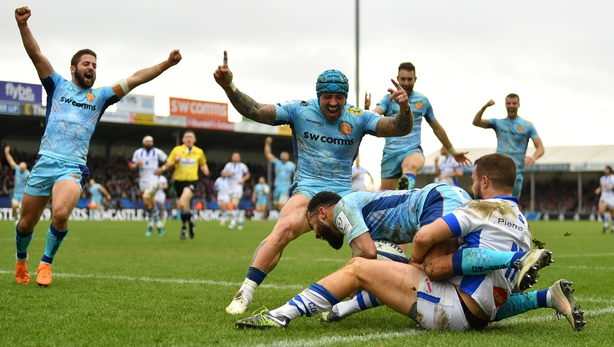 "It was almost evident they had a real game-plan to go after certain people within the Gloucester team. That is the thing we have got to face first.

"We have to decide that they are going to go there and stand up and not back down, physically or emotionally. And that will give us our best chance."

Exeter failed to win any of their opening three games and would become the first side to qualify for the knock-out stages with that record should they overcome Munster by the required margins.

Man of the match Jack Nowell said: "It's set up nicely for next week. It's all on next week now, I know the boys will be buzzing from tomorrow to get into it."

Meanwhile, Nick Tompkins struck twice to ensure Saracens extended their unbeaten record in the Heineken Champions Cup and became the first team to qualify for the quarter-finals.

In making it a perfect five out of five in Pool 3 by beating Lyon 28-10, the two-time champions set-up a winner-takes-all clash with second-placed Glasgow Warriors in the battle for top spot and a potential home draw in the knock-out stages.

Glasgow scored a 33-24 victory over Cardiff to secure a bonus point ahead of that trip to London but they were made to work all the way at Scotstoun before George Horne crossed in the 78th minute.