Munster and Exeter Chiefs were left to a share of the spoils at Sandy Park as their Heineken Champions Cup clash ended in a gritty 10-10 draw in Pool 2.

In the end, the two-time European champions could consider themselves somewhat fortunate as the game ended with the visitors defending 20 phases of play from the Chiefs, but they knocked-on at the line in desperate search of a winning score.

In what was the first-ever competitive meeting between the sides, Johann van Graan’s side were deserving of their two points for sheer endeavour.

Playing into a strong wind for the opening half, Munster adopted forward-oriented approach and were level at 3-3 before hooker Luke Cowan-Dickie powered over from close range two minutes from the interval to ensure Rob Baxter’s side held, who had only lost once in 17 previous outings, a seven-point advantage at the break.

Despite dominating territory and possession, Munster’s accuracy let them down on occasions inside the Exeter 22 and both sets of forward slogged it out what was an arm wrestle. 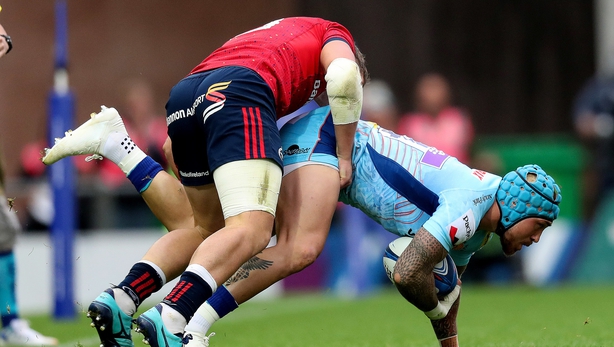 It took 24 minutes for the first score of the half and it came from CJ Stander. Replacements Sammy Arnold and Tommy O’Donnell carried to the line and the backrower finished off the move, picking the ball from two metres out to cross the line.

Two minutes after the restart, Exeter lost Dave Dennis with an injury before Munster, who were under considerable pressure in the set scrum, changed both their props.

The visitors looked to have benefited from the replacements when they drove over from a line-out but the referee controversially ruled out Chris Cloete's try for a maul obstruction.

The visitors were not to be denied for long with Stander finishing off a sustained period of pressure to force his way over, with Carbery's conversion setting up a tense last 15 minutes.

Exeter lost both Sam Skinner and Dave Ewers with head injuries in the build-up to Stander's try so Cowan-Dickie had to return to play out of position for 10 minutes.

Ewers returned after passing his Head Injury Assessment to see his side dominate the final three minutes but Munster deservedly clung on for a valuable two points. 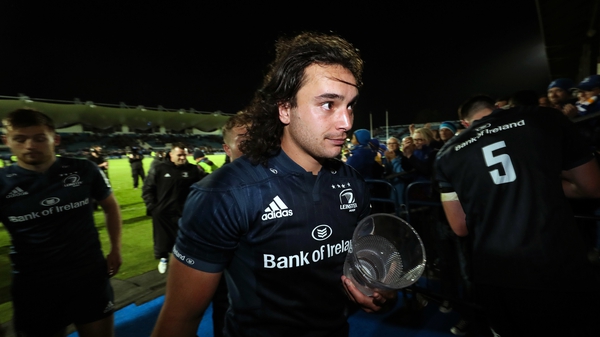 Sexton: It's a pity we can't play with Lowe every week