Munster failed to make it to the Champions Cup final but Leinster will come up against a former Red in Donnacha Ryan.

The Ireland lock forward left Munster for Racing 92 last year and helped his new side see comfortably off the two-time champs in Bordeaux, 27-22.

The match was over as a contest as early as the 21st minute, by which time the Parisians had notched up three converted tries.

Munster rallied late on for three consolation scores but a comeback never really looked on.

The 34-year-old will come face to face with the Blues in Bilbao on 12 May and said that the Top 14 outfit had been very impressed with Leinster's destruction of Scarlets in Dublin. 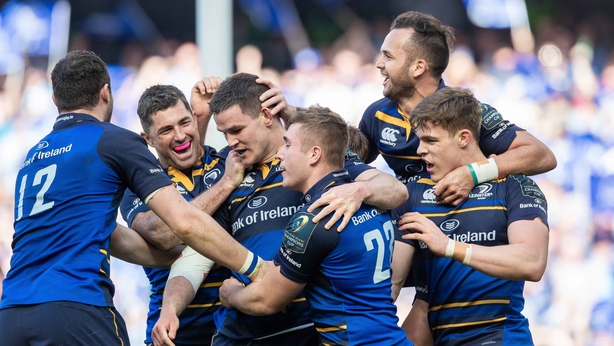 "We saw them and lads were just in awe of how clinical they were at the breakdown," Ryan told RTÉ Sport.

"Their lineout is very good, they work so well together as a unit, very well drilled.

"We are going to have our work cut out for us. Obviously they are going to be massive favourites; they haven’t lost a game all season.

"We’ll go and enjoy it, that’s basically been the mantra for this year for the lads that are here.

"A lot of guys are finishing up and every game is to go out and give it everything and make the most of it and that’s what we’re doing. You get old and these days are few and far between.

"I just really love the big occasions and obviously get those nerves beforehand and that’s why I do it. I love playing on the big days, don’t really love playing in that sort of heat but that’s part of it as well.

Ryan admitted that Racing would need to improve their discipline – they conceded 13 penalties – when they face Leo Cullen's side.

"We literally put the foot to the floor," added Ryan about the five-point win, which flattered the visitors.

"We trained really hard for the last four days and we put a lot of effort in to the first half and we said we’d try and hang on.

"It was just disappointing the amount of penalties we did give away, something we’re going to have to work on.

"[Munster] are well able to up the tempo but it was small margins at the end just pulled [it] through for us.

"[I'm] bitterly disappointed for the lads, I know how much it means to them.

"It’s going to be a tough task in three weeks’ time."