Simon Zebo says he is better able to express himself as a player at club level rather than the structured Ireland game-plan and says he said as much to Joe Schmidt.

The Munster man will start at full-back for Sunday’s Champions Cup clash against his future employers Racing 92.

News broke in October that Zebo would not be signing a new contract with the IRFU and intended to head overseas at the end of this campaign, confirming as expected that Paris would be his destination for the 2018/19 campaign.

With Johnny Sexton the only player to represent Ireland under Schmidt while stationed overseas, it looks as though Zebo’s 35-cap Test career will be halted at least for the foreseeable future.

In an interview with L’Equipe, the 2013 British and Irish Lion said it was "unfortunate" to be overlooked for the November internationals against South Africa, Fiji and Argentina and still holds out hope on game time in the upcoming Six Nations.

"I would not understand if there’s one rule for the others and another for me," he is quoted as saying in French newspaper. "I’m fully eligible because I’m a Munster player until June. I hope I’ll be called up for the Six Nations."

In a wide-ranging interview just two days out from the European clash, Zebo reiterates his long-held desire to play in France and references the Toulouse side of the 2000's as heroes and rugby role models in his formative years.

He also made no secret of his preference for club rugby over the regimental Test environment.

"I said to him that I couldn’t play in such a rigid structure. I can’t play like that"

"With Munster, I’m free to try things, to play the moves that I see. I don’t have any shackles.

"Joe is a super coach who has had great success with Ireland. We already talked about it face-to-face. I said to him that I couldn’t play in such a rigid structure. I can’t play like that.

"Winning is important but for me it’s also important to do it in a certain way. But if you ask me to pick between losing in style or winning ugly, I’d choose the second option." 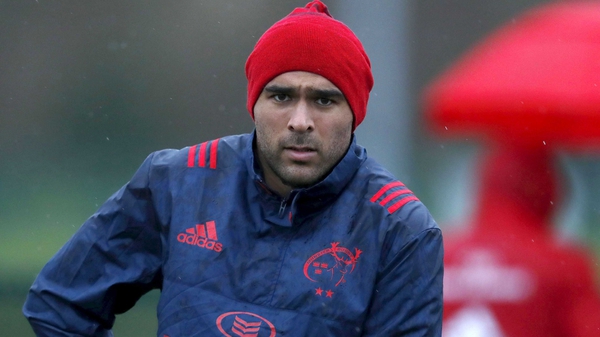