Eddie O'Sullivan is backing the Irish provinces to follow up last week's wins with more of the same in the Champions Cup this weekend.

Speaking to RTÉ Sport, the former Ireland head coach said he expected Leinster to back up their impressive away victory over Premiership leaders Exeter when the sides meet again at the Aviva Stadium on Saturday (3.15pm).

"Exeter are that kind of a team that they won't lie down but Leinster got the hardest part of the job done last week," he said.

"They beat Exeter at their own game and sent out a warning to Europe.

"The question is will they continue in that strain tomorrow and play the same type of game? I think they've probably jarred Exeter out of their style of rugby so it will be interesting to see how both teams go about their business.

"It will still be a very tough game for Leinster but I think having got the hardest part of the job done last weekend, they're certainly set up to win it again. But it won't be easy.

"I think a bonus-point is probably a stretch too far but you never know. If Leinster get on the front foot they have the horses to do that." 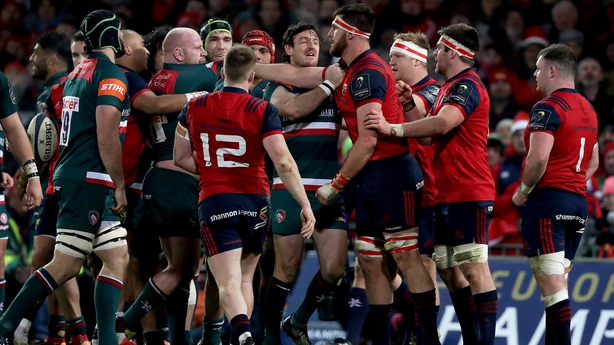 Munster hammered Leicester 33-10 at Thomond Park last weekend, with Tigers coach Matt O'Connor complaining about loose refereeing of the rucks in the aftermath.

O'Sullivan expects to see a reaction from the two-time European champions at Welford Road on Sunday (5.30pm, live on RTÉ Radio 1) but thinks pool leaders Munster can win again if they steer clear of any provocation.

"The danger for Munster going to Welford Road is that Leicester can't play as badly as they did last week.

"They will be fired-up but I think the key for Munster is to stay on point, not get dragged into a slugging match and they'll get the job done.

"But if they got drawn into a pulling and dragging game with Leicester, who will certainly play a lot more fired-up and won't give Munster the same latitude at the rucks...

"Munster should get it done but they shouldn't get trapped into some sort of a bare-knuckle brawl. That won't suit them."

Ulster are the first of the provinces in action, against Harlequins at Kingspan this evening, and the Corkman thinks Les Kiss' side could be on for a bonus point as they seek to to lock down second place in Pool 1.

"It's definitely on the cards," said O'Sullivan. "They had a very good win last weekend in the Stoop.

"Harlequins coach John Kingston has more or less said their ambitions are not beyond the pool stages and they travel without three England internationals, Joe Marler (knock), Chris Robshaw and Danny Care (both concussion).

"I think Harlequins are already flying the white flag so tonight Ulster only lose if they beat themselves.

"I'd be backing them to take it easily." 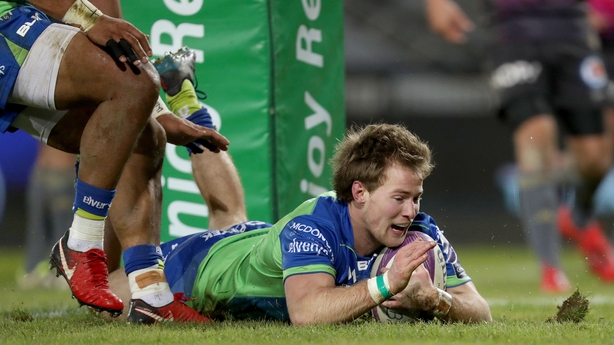 O'Sullivan also expects Connacht to tighten their grip on Pool 5 of the Challenge Cup with another victory over Brive after a fine 38-31 comeback win in France last week.

"I think Connacht will win, probably comfortably. Brive have other fish to fry in the Top 14.

"They were always going to put up a battle at home but I think coming to Galway, they're (just) coming to fulfil the fixture. They could bring a weakened side.

"This is a good opportunity for Connacht to kick on in Europe and breathe life back into their season.

"They've struggled a bit in the Pro 14 so it's a chance to get back on track again."