The last time South Africa visited Dublin, they fully expected to leave the Irish capital with a third successive win on Irish soil.

In November 2014 the Springboks were full of confidence having ended New Zealand’s 22-match unbeaten record, while on the other side, Joe Schmidt was forced to re-jig his team with injuries to Cian Healy, Rory Best and Seán O’Brien.

Add in the fact that Robbie Henshaw and Jared Payne began for the first time in the post-Brian O’Driscoll era and there were reasonable doubts as to whether Ireland could cope with the daunting physical challenge posed by the visitors.

However, tries from Rhys Ruddock and Tommy Bowe set the Six Nations champions on their way, and they are odds-on to claim just their seventh win against the Springboks when the sides meet for the 26th time today.

The match will be Johann van Graan’s penultimate game in the South African set-up – he joins Munster after the visit to the Stade de France on Saturday week, with games against Italy and Wales to follow.

So what can we expect from this particular team? 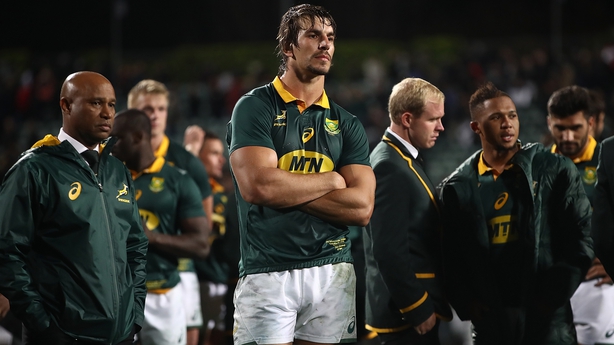 Firstly, despite the fact they have not won in the last four Tests, confidence is better within the camp than many might suspect.

Those four games included two draws with Australia sandwiched in between wildly contrasting outings against the All Blacks, but there is more continuity among playing personnel and an improvement in coaching.

"With the exception of a player here and there, the same team has now played together in nine Tests this year, creating greater cohesion and continuity," Herbert Pretorious, national sports editor of Netwerk24 explains to RTÉ Sport.

"Allister Coetzee has a stronger coaching staff, with Brendan Venter especially making a big contribution. The players have more confidence, given that they’ve only narrowly lost to the All Blacks."

Earlier this week Coetzee revealed that only two players managed to pass the team’s required fitness levels before last year’s European tour, something they have been at pains to insist has improved immeasurably.

With greater co-operation between the franchises’ conditioning coaches and the Springboks, no second-half drop-off in performance will be accepted, a contributing factor in last year’s dismal November showing which saw a comprehensive loss to England, a shock defeat to Italy and a largest losing margin to Wales.

Pressure is mounting on Coetzee.

The decision to ignore the powerful number 8 Duane Vermeulen could be used as a stick to beat the beleaguered coach should the Springbok backrow of Siya Kolisi, Pieter-Steph du Toit and Francois Louw come up short tomorrow.

The balance of the backrow is a question that remains unawswered.

"Certain players are out of position. Pieter-Steph du Toit [a try scorer for South Africa in their first ever home defeat to Ireland last summer] for instance is a world class lock, but has to play as as flanker," Pretorious adds, while Louw has played 53 of his 54 Tests as a flanker.

It is, however, the same backrow that pushed the All Blacks to the brink the last time out.

The 2014 World Player of the Year nominee Vermeulen in particular is a shrewd operator at the breakdown, an area that assistant coach Jim Proudfoot admitted they struggled with against Schmidt's side in the three-match series in 2016.

"We felt that last year they [Ireland] frustrated us in our ability to get go-forward ball, the ability to tackle low and contest the ball on the ground.

"If you carry higher, they look to attack the ball in the air. They are very good in contact, frustrate you, and slow the ball down. That is all built from line speed."

The scrum has shown incremental improvement over the course of the year. They may not strike fear in the same manner as previous Springbok sides visiting these shores, but are primed for battle.

One player who has caught the eye in the frontrow is hooker Malcolm Marx. The 23-year-old only made his debut last year but has made the position his own since following the retirement of Adriaan Strauss.

"He’s the hottest young player in South African rugby at the moment," contends Pretorious. "His last outing against the All Blacks was one of the best by a South African in recent history."

The Springboks are expecting Schmidt's masterplan to revolve the Lions half-back pairing.

With just five caps between them, callow wingers Jacob Stockdale and Andrew Conway are likely to be the focus of Springbok attention, but the opposition back three is also shorn of experience.

Full-back Andries Coetzee and wingers Dillyn Leyds and Courtnall Skosan boast just 23 caps between them, and none have sampled a November international before.

Cardinelli says there are genuine and well-founded concerns over the lack of physique in the back division, which was ruthlessly exposed at times during the Rugby Championship.

Standing at six foot one inch, Dillyn Leyds is the tallest member of the back three.

An Irish aerial bombardment could have the visitors scrambling, while in attack, backline coach Franco Smith will be hoping his side can show a clinical nature when scoring opportunities arise.

Another feature of their Rugby Championship campaign which witnessed two wins, two draws and two defeats was a lack of a killer instinct in the red zone.

"Ireland are up there with New Zealand and Australia. South Africans don’t view northern hemisphere opponents as inferior anymore"

Days of lording it over northern hemisphere sides are a thing of the past as far as the two-time world champions are concerned. South Africa are currently ranked fifth in the world, behind Ireland (fourth) and England (second).

It is three years since they finished ahead of the Wallabies or the All Blacks in the Rugby Championship, while England, Wales and Ireland have all landed blows in the last 18 months. 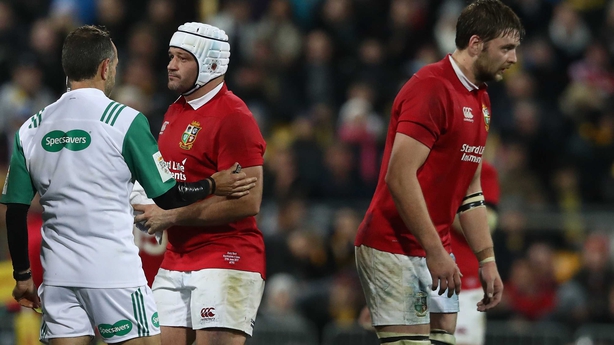 "The British and Irish Lions tour also showcased how much the game has developed in the northern hemisphere."

As far as the South African general public is concerned, wins over France [Les Bleus are looking to avoid a sixth successive defeat against South Africa] and Argentina are more likely.

Victory on Irish soil, according to Cardinelli, would be bonus territory.

"Ireland will be their toughest opponent on this tour. I don't think many people will expect a Bok win given the strength of Ireland and South Africa’s injury situation."

It’s a sentiment shared by Pretorious.

"I think realistically wins over France and Italy will give them a pass mark. They are still a work in progress and not as good as Ireland."

"The last Test, against Wales, falls outside of the test window, which creates other problems and is a game too much in a congested season.

"Yet, having lost against Italy last year, no victories are taken for granted." 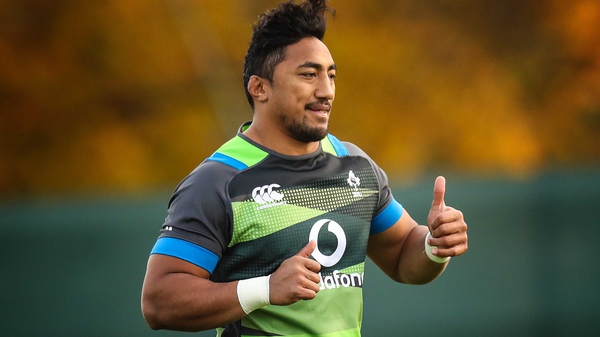