Joe Schmidt refused to betray any hint of satisfaction with Ireland’s 2019 World Cup draw, insisting that all of the pools contained the "good, bad and the ugly."

Ireland have been drawn alongside hosts Japan and Scotland, who beat Ireland in this year's Six Nations.

Schmidt’s side were the first of the band 1 seeds out of the pot, while England must negotiate a pool containing France and Argentina.

"I think they are all good, bad and ugly," Schmidt said on the World Rugby site.

"It’s very hard to assess where teams will be in two years' time.

"For example, the upward curve that Japan have taken in recent times, they got very close to beating Wales in the Millennium Stadium last August, and obviously their heroics in the last World Cup were pretty spectacular.

"I think the play-off winner – it could be Romania most likely – we obviously will need to be on our mettle.

"Lastly, it could well be Tonga or Samoa or Fiji depending on how that works out because they had traditionally got through and got really strong representation in the previous World Cups.

"We lost to Scotland recently so it’s a mixed bag but I think it’s incredibly exciting to draw the host nation, in that the crowd, the enthusiasm and the interest in that game is going to be huge."

He said: "Ireland have been one of the most competitive and most improved sides over the past few years and a lot of that is to do with their quality of players and the influence of head coach Joe Schmidt.

"They have shown real consistency over the past two or three years. They are one of the best teams in the world. Whichever side we drew from the top band was always going to be very tough.

"On the other hand, we know Ireland pretty well and have a couple more opportunities to play them before the World Cup, while we also know a lot about their players through the Guinness PRO12.

"Japan obviously made a memorable impact at the World Cup two years ago, beating South Africa, and will have tremendous support going into the tournament. They'll be targeting getting out of the pool and I'm sure that we'll see them play close to their best in every game." 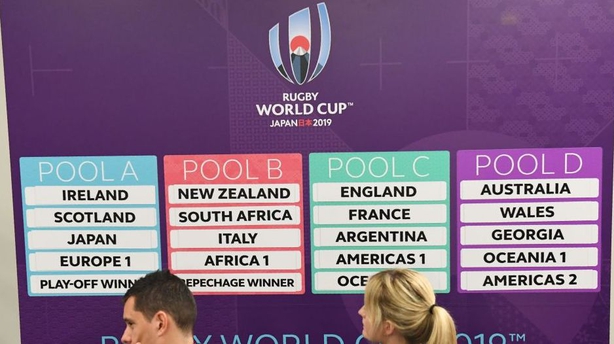 Reflecting on the draw, Japan head coach Jamie Joseph said: "Any pool that we were going to get put in was going to be a big challenge.

"But now there's some certainty around it, we can start our planning and we are really looking forward to it.

"I think we are fortunate in that we play Ireland in June, so that will give the players a good understanding about that team because Japan haven't beaten Ireland or Scotland to date, so we know that the challenge is going to be big.

"There is still a long time to go - we are still a couple of years away - and I guess all teams are blooding some young players who are coming through, so it's going to be really exciting." 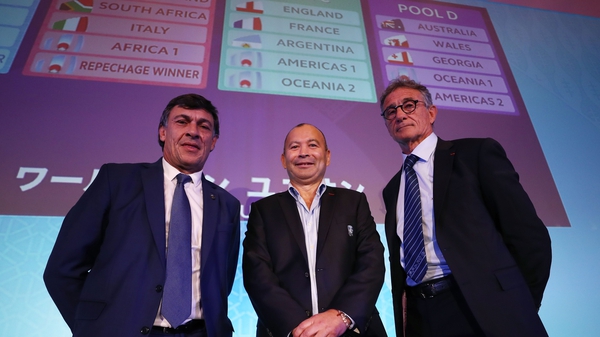