Leinster and Munster will both welcome former winners of the competition when they host Wasps and Toulouse respectively in the Champions Cup quarter-finals.

Connacht fell just short in their bid to reach the last eight as Toulouse held on for a 19-10 victory at Stade Ernest Wallon, when just one more score would have seen Pat Lam’s side through.

Toulouse, who have won the tournament in its previous guise as the Heineken Cup on four occasions, will now travel to Thomond Park to take on Rassie Erasmus’ side.

Leinster too will have home advantage and they will take on another of Connacht’s opponents from Pool 5 in Wasps.

The sides met last year in the pool stages, with Leinster going down 33-6 at the RDS Arena, before suffering a heavy 51-10 defeat at the Ricoh Arena.

Elsewhere Clermont host Toulon in a repeat of the 2013 decider in Dublin, while Glasgow’s reward for a first appearance in the quarter-finals is a daunting away trip to reigning champions Saracens.

Dates, venues and kick-off times will be announced next tomorrow.

Here's how the QF's of the @ChampionsCup will line-up. 6 former winners and a first ever appearance in the 1/4s for @GlasgowWarriors pic.twitter.com/BPYd7Q20kj 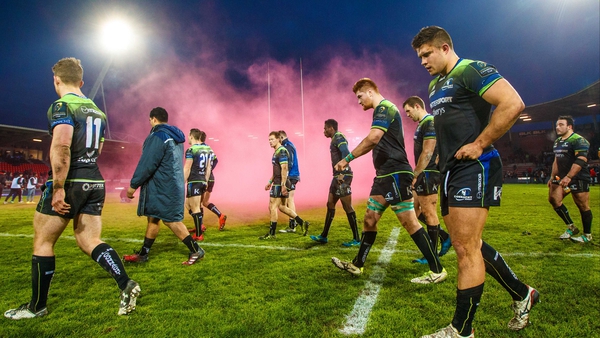