Connacht endured a heartbreaking exit from the European Champions Cup as Toulouse claimed a quarter-final spot with a tense 19-10 win at Stade Ernest Wallon.

A losing bonus point would have been enough for the Westerners to reach the quarter-finals for the first time, but they could not work a scoring opportunity in a frantic finish.

The result was enough for Toulouse to pip Pat Lam's men to the runners-up spot in Pool Two, with both sides finishing with 18 points, while Wasps' 41-27 bonus-point success away to Zebre saw them advance as table-toppers.

Three-try Toulouse were the better side for the first half of this fascinating round six fixture, their free-flowing start creating converted tries for Gael Fickou (five minutes) and Arthur Bonneval (17) on the way to a 14-3 lead at the break.

However, the big French outfit came under more pressure in defence as the second half wore on and captain John Muldoon's 53rd-minute try had Connacht right back in the hunt.

Connacht’s endeavour could not be questioned but their game management was lacking when it mattered most and their decision not to work line-out ball infield for a potential drop goal opportunity, with five minutes remaining, will haunt them.

It was an ominous start from Toulouse who established complete control of possession early on, a Fickou break and a powerful first scrum the highlights before the ball was moved out to the left for the centre to cross and Jean-Marc Doussain neatly converted.

Despite Connacht gaining a slight foothold in the game with Jack Carty and Tiernan O'Halloran probing with the boot, Yoann Huget blazed a trail through midfield and his well-timed pass allowed Bonneval to beat Matt Healy to the right corner. 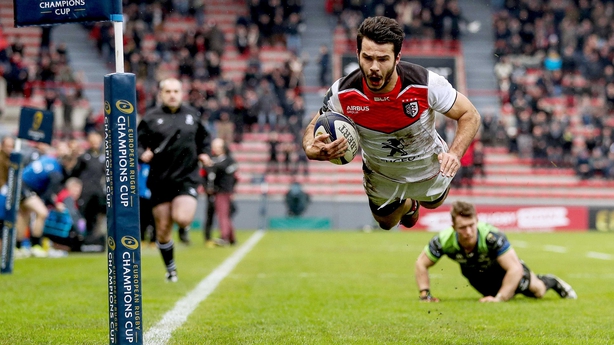 Doussain, who converted again, threatened with a chip into the 22 that Muldoon managed to cover, and a couple of knock-ons prevented Lam's side making any real progress in attack.

Fast-breaking scrum half Sebastien Bezy was a pass away from putting Fickou through for a probable second try, with very good defending from Healy and then a maul infringement from Toulouse relieving the pressure on the westerners.

Denis Buckley's hard work at the breakdown was finally rewarded in the 33rd minute, Ronaldson knocking over a surefooted penalty strike to open Connacht's account, before Doussain had a howler of a miss from straight in front of the posts.

That penalty was awarded after a yellow card picked up by second row Roux for a deliberate knock-on at a Toulouse ruck. But his fellow forwards won a scrum penalty just before the interval for a much-needed boost for confidence.

Into the second half, Ronaldson missed an early long-range penalty and the Toulouse pack quickly seized the initiative again, pressure from successive line-out mauls leading to Tekori barging over near the left corner.

Doussain was unable to convert and Connacht suddenly sprung into life, a raking touchfinder from Ronaldson getting them into scoring range. From a five-metre scrum, Peter Robb powered over the gain-line and skipper Muldoon finished off from Kieran Marmion's short pass. Ronaldson converted for 19-10. 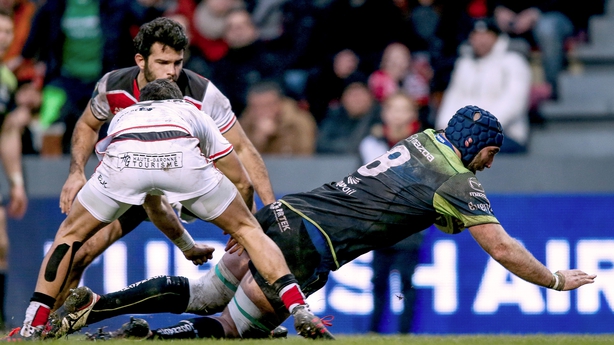 The momentum shift continued with Connacht's share of possession and territory increasing into the final quarter, aided by lineout steals from James Cannon and Roux along with a Muldoon penalty win at the breakdown.

The hard-running Robb and full-back O'Halloran, who brilliantly fielded a Bezy box-kick and took off over halfway, kept Connacht on the move, however Healy fumbled a difficult pass from Carty out wide and a Toulouse scrum penalty got them out of a hole.

It was the home side who eventually prevailed to set up a quarter-final trip to old rivals Munster, with Connacht unable to build from deep as they leaked two frustrating ruck penalties in the dying minutes. 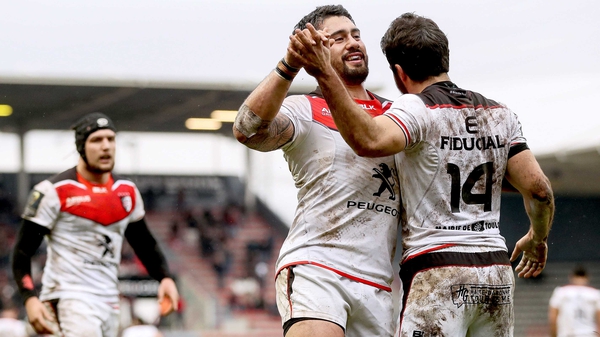