Ireland team manager Mick Kearney has confirmed that centre Robbie Henshaw is out of Ireland's crucial third test against South Africa after injuring his knee.

Henshaw picked up the injury in the closing stages of the test at Ellis Park, where South Africa came from 16 points down to beat Ireland 32-26 to level the three-match series 1-1.

Ireland secured their first ever win over the Springboks in South Africa on June 11 with a 26-20 victory at Newlands.

"Robbie Henshaw has had to return home where he will see a consultant on the knee injury he picked up on Saturday," he confirmed before adding that the severity of his injury is still unknown.

Ian Madigan replaced Henshaw in Johannesburg and Kearney says there is sufficient cover within the squad for the midfield spot.

"We have sufficient cover, we still have 31 fit players to train. Getting an extra player in, he wouldn’t arrive until this evening or tomorrow morning, so we felt it was better to work with what we have." 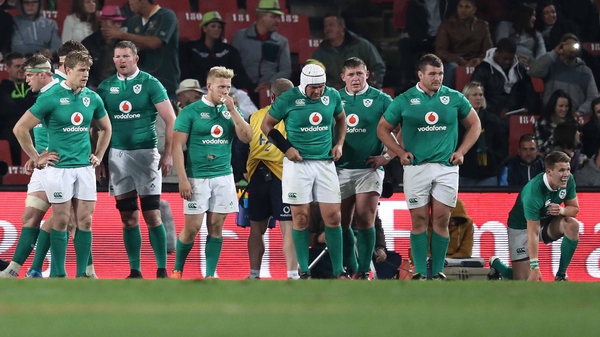