Ulster’s Director of Rugby Les Kiss is expecting a “totally different” Leinster in the Guinness Pro12 semi-final to the one they comprehensively defeated 30-6 last month.

Ulster qualified for the knock-out stages of the Pro12 for the fourth successive year after running in six tries in the 46-26 victory away to the Ospreys, which deprived the Welsh side of participation in next season’s Champions Cup.

The reward for finishing fourth is a trip to the league leaders Leinster on 20 May.

Ulster’s poor record away to their inter-provincial rivals is an obvious cause of concern, but with the sweeping win at the Kingspan Stadium very fresh in the mind, expectations are rising that the 1999 European champions can claim a place in the final.

Since the loss away to reigning champions Glasgow in March, Ulster have reeled off four wins on the spin, though Kiss knows how quickly things can change in sport.

“Momentum is a strange thing, it can just stop like that. We just have to make sure we do the right things on a daily basis,” he told RTÉ Sport. 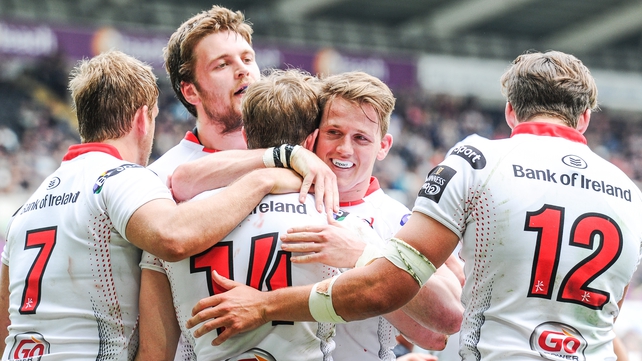 With attentions turning quickly to Leinster, Kiss says he won’t read too much into the 24-point win over Leo Cullen’s side and is expecting a far greater challenge at the RDS three weeks on from the humbling defeat.

“They will be smarting, no doubt about that. I thought they were short a run, a lot of players hadn’t played a lot of rugby.

“I don’t expect the same team next time in terms of how they play. They will be a totally different beast.

“We have to be armed for that.”

Kiss singled out the breakdown as a key area in the win on Welsh soil with a number of turnovers close to their own line halting Ospreys momentum on a number of occasions.

“We managed to get some critical ball, particularly on our try line.

“It was critical we got those plays to take them out of there because field position was very important.”

Kiss’ side suffered an 8-3 defeat at the RDS in November and their record in the capital makes for grim reading from a Ulster perspective, their 22-18 victory in 2013 their only success in the last 15 years.

The Australian is hopeful however at the very least his team will deliver the kind of performance he knows they are capable of.

“If we go there and can’t deliver a performance, we’ll be very disappointed," he said.

“If we deliver a good performance and Leinster are good enough to get it [a win], then we’ll probably live with that, but we’ve got to be strong in what we deliver.”