Munster’s Director of Rugby Rassie Erasmus admits that talks have taken place with a number of potential new signings for next season, but says no deals have been finalised for James Hart and Chris Farrell.

Springbok Jaco Taute’s stay with the province was extended earlier this month until the end of the season after impressing since his arrival, and other players have been linked with summer moves.

Media reports in France have suggested the imminent arrivals of Hart and Farrell, who currently ply their trade in the Top 14.

Both players lined out for Grenoble under coach Bernard Jackman, before Hart joined Racing 92 at the start of this season.

The latter, who can play as a scrum-half or fly-half, joined the Paris club on a three-year deal and made his debut alongside Dan Carter.

However, the Dubliner has not been able to nail down a regular spot in the side and Racing's only unused replacement in the 32-7 defeat to Munster last weekend.

Farrell, a centre, won five caps for Ulster before moving to France in 2014. He has been touted as a replacement for Taute when the South African departs at the end of the campaign.

Erasmus has admitted that talks have taken place with the French-based pair, but that they are among a number of options drawn up by the two-time European champions.

"[Farrell and Hart] are definitely on the radar, but there’s nothing yet to announce"

“Until you have everything signed and sealed, it would be stupid to speculate,” he told RTÉ Sport.

“We are talking to even more guys who are Irish qualified who we want to get here, some we have succeeded with, some we have not.

“Those two [Farrell and Hart] are definitely on the radar, but there’s nothing yet to announce.”

Pool leaders Munster visit Glasgow Warriors in a crucial Champions Cup encounter this Saturday (KO 5.30pm), where a victory over Gregor Townsend’s side would be a huge step towards the knockout stages.

Since the untimely passing of Anthony Foley, the men in red have recorded 10 victories and just one defeat after a few years of inconsistency. “When we’re winning a few games it surely helps, but the players who play want to stay and others want to join” 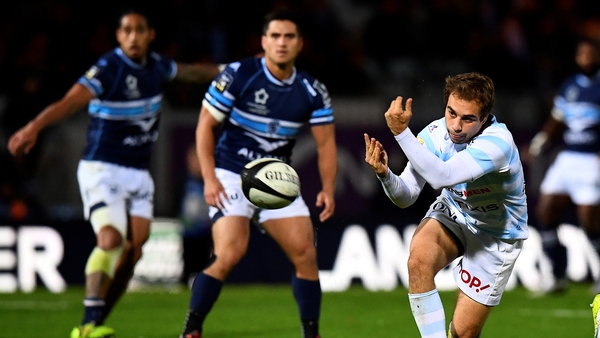