Rassie Erasmus' men moved back to the top of Pool 1, three points clear of Glasgow Warriors, whom they visit next Saturday, before the return leg against Racing in Limerick seven days later.

Zebo, CJ Stander and Andrew Conway all touched down to establish a 25-0 interval lead in cold and wet conditions, as the dominant Munster pack continually pummeled holes in the Racing defence.

Hooker Niall Scannell - part of an excellent Munster set-piece game - crashed over via a 56th-minute maul to seal the bonus point, with Tyler Bleyendaal topping up his tally to 12 points.

The reigning French champions, already out of the running with no pool points and lying eighth in the Top 14 table, had a breakaway seven-pointer from flanker Matthieu Voisin as their only consolation.

This round one fixture was postponed back in October following the sudden death of Munster head coach Anthony Foley at the team hotel. The players have reacted in a fitting way, winning nine out of 10 competitive games since leaving Paris on that unforgettably sad day.

Following some emotional pre-match tributes to Foley, the visitors signalled their intent early on, Tommy O'Donnell breaking past Joe Rokocoko and passing inside to Bleyendaal before the covering Camille Chat rescued the situation for Racing, who had 11 personnel changes from last Sunday's 17-11 league defeat to Toulon.

The eager Munster forwards heaped pressure on the hosts' lineout and maul, twice going close from pick-and-goes either side of Bleyendaal's 14th-minute penalty from in front of the posts.

The province's patience was rewarded in the 23rd minute when aggressive clearing out from Peter O'Mahony and Donnacha Ryan produced quick ball and Zebo, fed wide on the left, managed to turn after a tackle from Teddy Thomas and make the line for his half-century score and Munster's 400th European Cup try. 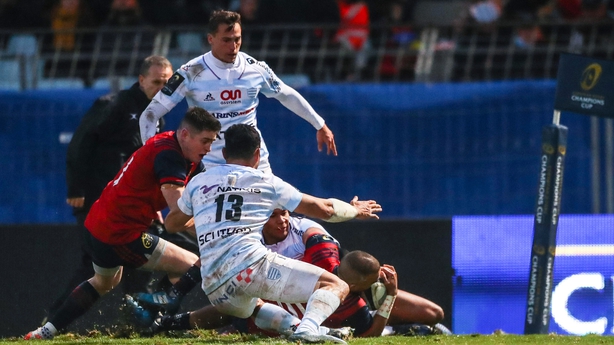 Bleyendaal was off target with the conversion but Munster continued to dictate play in the second quarter, Conor Murray held up just short after a Ryan-led turnover from a maul and a bulldozing Stander carry.

The Kiwi fly-half mopped up with three more points and a couple of minutes later, loose forward Stander took centre stage, blocking Benjamin Dambielle's attempted kick and then popping up on the left for a superb 30-metre surge to the whitewash, which included a big hand-off on Racing captain Chris Masoe.

Bleyendaal converted and also added the extras to Conway's effort on the stroke of half-time, the winger gobbling up Murray's deftly-weighted grubber towards the right corner flag. 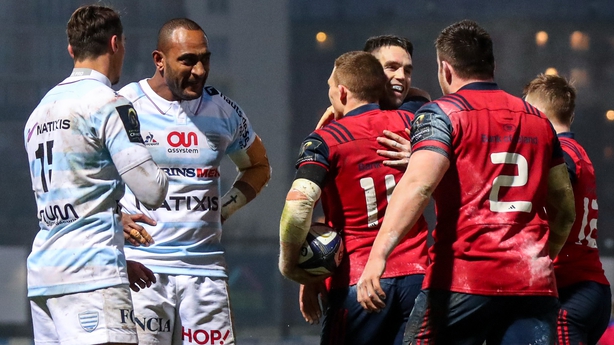 Munster quelled Racing's initial response early in the second period, diligently using their forwards to get into scoring range and following two collapsed mauls, a third proved successful with workhorse Scannell powering over for Bleyendaal to convert.

Racing responded with a try seven minutes later when a blocked kick allowed full-back Juan Imhoff to hack through and the supporting Voisin won the race to touch down, with replacement Dan Carter converting.

However, Munster's resilient defence prevented any further concessions and their impactful bench made their mark, particularly Keith Earls and Dave Kilcoyne, as they sewed up a comprehensive 25-point victory. 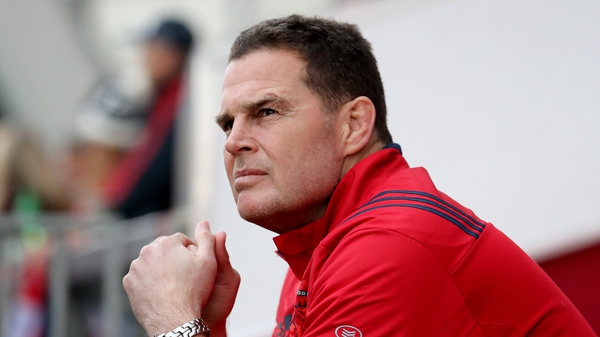