TV
Both games are live on RTÉ2 and RTÉ Player with coverage beginning at 1.15pm. Irish language commentary available on the RTÉ News channel. Overseas viewers can watch the action via GAAGO.

WEATHER
Cloudy conditions will persist through much of the early part of Saturday but will brighten up later and be largely dry throughout. Highest temperatures of 13 to 16 degrees in a moderate north to northwest wind. For more see met.ie.

A full house is expected in Thurles on Saturday and Wexford fans will be travelling in hope that they can address a rotten record at the Tipperary venue.

Wexford have lost seven of the eight championship games played at Semple Stadium since 2007. Their sole win came against Cork in the 2016 qualifiers – although that was quickly forgotten after they suffered a heavy All-Ireland quarter-final defeat against Waterford at the same venue a fortnight later.

Thurles also played host to last year's meeting of Clare and Wexford, the Banner withstanding a late rally to record a third successive victory over Wexford.

This is Wexford’s ninth All-Ireland quarter-final appearance and again it’s a record they will want to improve. Their last win was in 2007, losing five on the bounce since.

Clare are appearing in their 15th All-Ireland quarter-final (W6, L6, D2) and they received a timely boost this week when Peter Duggan and Rory Hayes were both cleared to play.

The pair were facing a proposed one-match ban following separate incidents during the Munster final but they were overturned by the Central Hearings Committee.

They were reportedly cleared based on a technicality, flagged by Galway GAA, which also freed up Tribesmen forward Cianan Fahy to face Cork.

The Rebels had a rollercoaster Munster Championship, suffering deflating losses against Limerick and Clare before rallying to beat Waterford and Tipperary and clinch a place in the All-Ireland series, but they were below par in Belfast last weekend in their come-from-behind win over Antrim.

Galway began their Leinster campaign strongly, winning away to Wexford and claiming a last-gasp win over Kilkenny in Salthill, but their momentum stalled in a disappointing provincial final defeat to the Cats.

"Will we see the Galway side that beat Kilkenny in the round-robin stage or the insipid Galway that lost the Leinster final?" said Óg Cusack.

"If the best of Cork turns up with the best version of their defence, they are backed to win. Anything else and all bets are off in this one."

Galway have won their last four championship matches against Cork, defeated the Rebels by six points in this year’s Allianz League, and also tasted victory in their last three All-Ireland quarter-final appearances.

But their underwhelming Leinster final performance has again raised question marks over where they actually stand in hurling’s pecking order.

"There's question marks on both sides"

Although Cork are much-improved defensively, Jackie Tyrrell believes they will cough up chances to Galway. The big question is whether Henry Shefflin’s men can capitalise.

Tyrrell told the RTÉ GAA podcast: "One thing Cork will do, they’ll still give you one, two, maybe even three opportunities of goals every weekend.

"Will Galway be more clinical, more ruthless in front of goal to take those opportunities?

"No better man than Shefflin to drive home the point of ruthlessness this week." 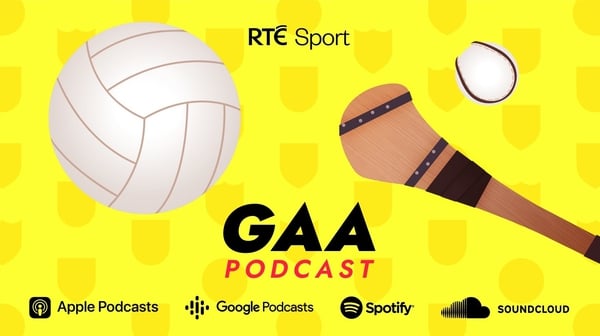