And then there were two...

Waterford and Limerick will meet in next month's All-Ireland final after two contrasting semis at Croke Park.

The Déise turned over Kilkenny with a rip-roaring comeback while the Treaty County did just enough to get past Galway in an arm-wrestle.

Here's what we learned from the weekend's festival of hurling.

While it was sad to see Joe Canning's day end on a stretcher, and requiring observation for concussion, the more startling news on Sunday was that Aaron Gillane was spending the night in hospital with a reported back injury.

The Limerick full-forward was replaced in the 76th minute, having scored six points, five of which were frees but was pictured celebrating with his team-mates on the pitch afterwards.

As well as the tough task of replacing the creativity and finishing ability of his consistent top scorer, manager John Kiely would hope not to have to appoint a new free-taker for an All-Ireland final.

Then again, they only needed one to beat Galway two years ago.

Tom Morrissey took the last free Limerick won yesterday and converted it so looks a likely candidate if Gillane were to miss out.

'He has a pair of hands that are gold, he can do anything with them...there's only one Joe Canning' - The gifted Galway scored four sidelines cut before injury cut his afternoon short  #thesundaygame pic.twitter.com/553k8Bz26P

Before the accidental collision with team-mate Joseph Cooney that ended his day, Joe Canning had reminded the hurling world of his supreme skill by dispatching four sideline cuts, two from around 55 metres, between the posts against Limerick.

That is a championship record, eclipsing the three hit by Clare's Michael Moroney (v Tipperary in 1977) and Wexford's Martin Storey (v Kilkenny in 1993). He has scored 28 championship points from sidelines in all, 20 more than second-placed Moroney.

Incredibly, Fintan Burke scored a fifth sideline for Galway once Canning had gone off, leading John Kiely to praise what he called "an extraordinary return. Normally you get a chance to compete for sideline balls, but sure when they are going over the bar…"

Incidentally, if the GAA had adopted the motion at this year's Congress to award two points for a sideline then Galway would have won by two yesterday. 77% of delegates voted against the proposal. 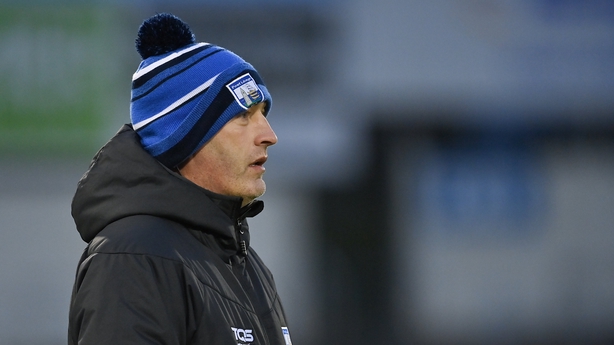 For those of you who don't know your Latin and thinking we might be insulting him, that means a remarkable year.

And Liam Cahill has certainly had one of those.

He has led his own county Tipperary to minor, U20 and U21 All-Ireland titles but ending Waterford's 61-year wait for the Liam MacCarthy Cup would be the stuff of fairytales, given they hadn't won a championship match in the last two seasons.

The 2-27 Waterford racked up at Croke Park against Kilkenny was the highest score they have ever managed at HQ.

If the Déise can do it, Cahill will join the likes of Michael Ryan (Tipperary, 2016), John Allen (Cork, 2005), Michael Bond (Offaly,1998) Ger Loughnane (Clare, 1995) and Cyril Farrell (Galway, 1980) in the exclusive club of managers to win an All-Ireland senior hurling title in their first year in charge at senior level.

Last weekend's defeat to Waterford was just the third time Brian Cody had lost an All-Ireland final semi-final as manager (in 20) and the first since 2005.

On the 21 August that year, Louth were beaten by London in the Nicky Rackard Cup final, which was held at Croke Park before Kilkenny's defeat to Galway.

Last Saturday, the Wee County were again the heralds of Kilkenny's demise, though this time their own game ended more happily, with a 2-19 to 2-18 win over Fermanagh in the Lory Meagher final.

It's a curiosity of hurling that the team that commits more fouls often wins the game.

In his in-depth analysis of the 2019 championship, Brian McDonnell found that the winning team conceded more frees in 85% of matches.

That pattern was again borne out at the weekend as both Waterford (19-12) and Limerick (15-9) committed more fouls than their opponents.

That could be ascribed to the team that's working harder naturally being more aggressive but the cynic might wonder whether persistent fouling in the knowledge referees will not penalise you all the time is now also a deliberate tactic.