By his own admission, it has been something of a surreal few days. Shane Lowry, Open champion, is a title he is struggling to come to terms with.

The six-shot victory over Tommy Fleetwood at Royal Portush has catapulted him into golf's elite and he has had little time to process the enormity of the event.

"I literally haven't stopped going since I got off the 18th green on Sunday," he told RTÉ Sport.

Sunday evening was spent in Dublin, while the following day he was surrounded by family, friends and well wishers in the capital, the ear-to-ear smile on show for endless selfie requests.

Today he spoke to the gathered media ahead of his Clara homecoming this evening, and admits that while the reaction to his success has been wonderfully supportive, he is keen to spend time with those from his inner circle.

"I'm looking forward to going home and seeing the people that I want to see. Where I'm from, there are obviously a couple of golf courses around, but who ever thought there would be an Open champion going home to Clara?" 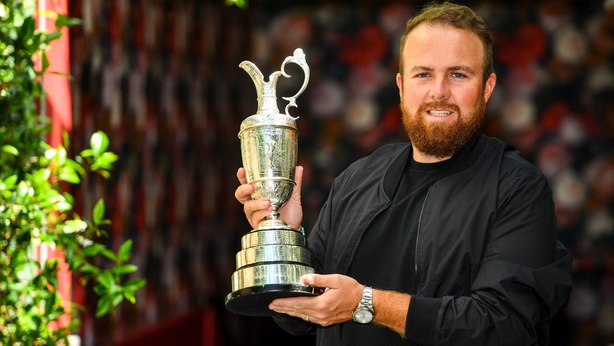 "It's incredible when you even think about it and to see all my friends and what it means to them. Where we're from GAA is huge and I've been lucky enough to watch Offaly win an All-Ireland.

"To hear people tell me that this is even more special to them is just incredible."

The Lowrys of Ferbane – Shane’s father Brendan and uncles Seán and Mick won All-Ireland medals with Offaly in 1982 – put the family on the sporting map before Shane added his own chapter by winning the Irish Open as an amateur.

His latest achievement has raised the bar significantly, with Seán telling RTÉ Radio 1's Liveline that an All-Ireland medal is "only in the Ha’penny Place" compared to a major win.

Yet his grandmother Emily Scanlon may well trump the lot after she spoke of her pride at the latest family achievement.

She told RTÉ News she enjoyed her first brandy in 10 years to calm her nerves during the final round, and spoke in glowing terms about her talented grandson.

To show her the trophy is just going to be incredible

"I'll go into the house and to be able to sit there and chat to her and show her the trophy is just going to be incredible." 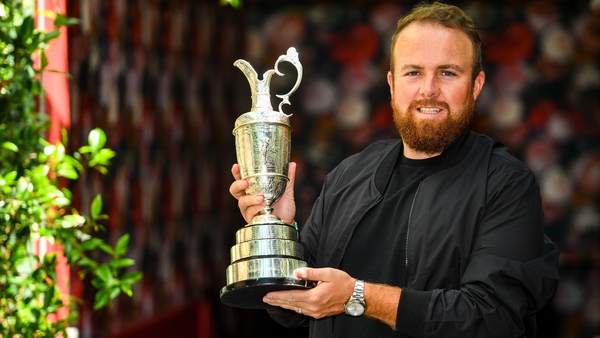 Beaming Lowry coming to terms with status as Open champion