The grandmother of Ireland's newest Major golfing champion has said it was "emotional" seeing him playing at the Royal Portrush over the weekend.

Speaking in his native Co Offaly, his grandmother Emily Scanlon, attributed Lowry’s success to being "full of life and full of go".

"He saw so much in life. He had a great upbringing. I remember minding him while the mother was working, he was always on the go," she said. 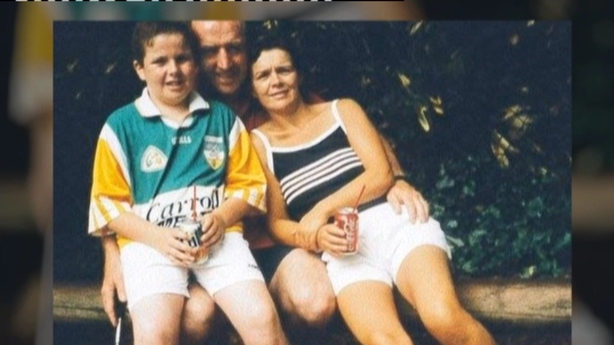 Despite the excitement of Lowry’s performance in the championship, Ms Scanlon said it was tough watching for her. So much so, it led to her having her first brandy in ten years.

"But it’s great," she added. "It’s great being able to see all of this happen."

Lowry is the fourth Irish player to win the tournament in 12 years, after Pádraig Harrington, Darren Clarke and Rory McIlory. Celebrations of his victory are expected to continue in the coming days, after taking off yesterday at Esker Hills, his home golf club in Tullamore.

Ms Scanlon said that his win has given the town a much need boost.

"It gave our little town a great boost, which was needed, because there's so much doom and gloom going on.

"I am a very proud granny. It’s great to live to see all of this happen."

Lowry's early success included the Mullingar Scratch Cup, which led, according to Ms Scanlon, to his grandfather comparing him to Tiger Woods.

"He came home [after winning the cup] and I was shouting at him, saying get out there and bring me in a bucket of turf.

"He said: You won't see Tiger Woods bringing in turf. You know, he thought he was Tiger Woods when he won the Mullingar Scratch Cup."

As Clara readies itself for Shane Lowry's homecoming this week, @CiaranMullooly descends on the Offaly town to check the mood, speaking to his parents and grandmother pic.twitter.com/SLjx1Hk2zc