Derry football is on a high after reaching a first Ulster SFC final since 2011, but Colm O'Rourke believes the side will need to kick a lot more points if they are to enjoy more success this summer.

Rory Gallagher's men kicked 3-12 in accounting by for Monaghan by four points in the provincial last-four clash at the Athletic Grounds on Sunday. It was a deserved success for Derry, with first-half goals from Gareth McKinless and Benny Heron, and a second from Heron after the break, ultimately proving the difference in what was a disciplined performance.

Next up is a date with Donegal on 29 May to decide who'll get their hands on the Anglo Celt Cup.

Speaking on the RTÉ GAA Podcast, O'Rourke, while applauding Derry's success in a county that has "a small following for football", also honed in on their scoring return.

"You need to strip out the goals from a lot of these performances. Normally a team should be getting 16 or 17 points and then add in a goal or two on top of that. Twelve points is a low figure in perfect weather conditions and would not be enough to win big games.

"If they score a total of 21, I'd prefer to see them getting 1-18 rather than 3-12. Goals could dry up particularly against a side like Donegal."

As for Monaghan, the two-time All-Ireland winner, believes they can be a match for most through the qualifiers but are unlikely to trouble the big guns if they reach the All-Ireland series.

"Monaghan are probably in the top six in the country but they are finding it difficult to get beyond that. I don't think anybody would say that Monaghan are likely to win the All-Ireland coming through the back door as some counties would have done in the past.

"They still will be difficult to beat and are capable of taking a big scalp. I just don't see them beating a Kerry or Dublin in an All-Ireland quarter-final. Could I see them beating a Galway or Roscommon? Yes. Or Donegal or Derry again? Quite possible. That's their limit." 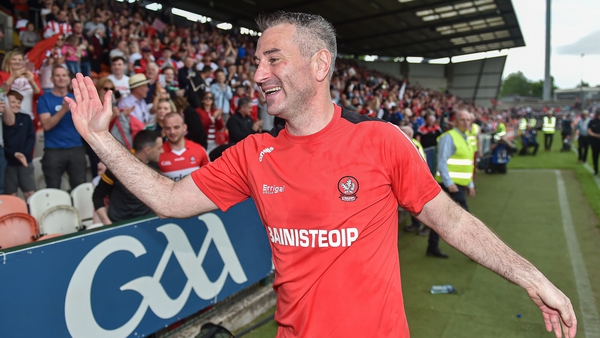