Back in the 1990s, the US air force unveiled what has become popularly known as the 'stealth bomber'.

A bulky beast capable of inflicting huge destruction, it arrives at its target undetected by the enemy.

Ahead of this week’s hurling championship throw-in, Limerick’s own marshal John Kiely has managed a similar feat – somehow a team aiming for their fourth All-Ireland title in five years is coming in under the radar.

All the talk this spring has been about Waterford, who racked up an average of 3-22 per game en route to the Allianz Hurling League title.

Liam Cahill’s dynamic side managed 5-20 in the semi-final against previously unbeaten Wexford and 4-20 in the final against All-Ireland finalists Cork.

The Déise have married skill, intensity and goal-threat to such a degree that former manager Derek McGrath recently told RTÉ Sport that they are now "the team to beat".

And yet… Limerick have had the edge on all five occasions the counties have faced each other since Kiely’s first campaign in charge in 2017.

The closest Waterford got in that time was the four-point defeat in the 2020 Munster final. It was an 11-point gap in that year’s All-Ireland decider and the same in the semi-finals last August.

So, Waterford have earned their tag of mandatory challengers but it still remains to be seen whether they can take down the champs.

Limerick only beat Offaly in the league and are the eighth best team in the country, if the table is a reliable guide. It’s not.

Since the pandemic struck, the Treaty have been content to return later than other teams, take training breaks and peak for when it matters rather than chasing the minor silverware.

Or "the real stuff" as Gearóid Hegarty said this week, while ominously adding that Limerick are "in a great place".

Discipline and squad depth could be the biggest threats to Limerick recording the first three-in-a-row since Kilkenny in 2008. They probably couldn’t afford the injuries or suspensions to key men that Waterford seem to have coped with well.

And what about Cork? The run to the league final rebuilt some of the confidence dented in last year's All-Ireland final humbling. The manner of the recent defeat to Waterford has raised questions again.

Cork are probably the fastest team in hurling and can cause havoc with their running game and finishers like Patrick Horgan and Shane Kingston, or Tim O’Mahony and Darragh Fitzgibbon roving up the field.

They appear to have concentrated on being tougher in the tackle this year but the suspicion remains that they are vulnerable to direct running at their full-back line.

Getting to tackle the champions at Páirc Uí Chaoimh this weekend before Ed Sheeran moves in will help.

The other contenders? Kilkenny, from that forgotten province in the east, have narrowly lost consecutive All-Ireland semi-finals and the apparently eternal Brian Cody has rebuilt his team significantly. Shifting Padraig Walsh up front and the form of Martin Keoghan, Billy Ryan and Eoin Cody should mean less expectation on TJ Reid to perform miracles. David Blanchfield and Mikey Butler have nailed down wing and corner-back spots respectively.

You suspect Galway might be considered a team in transition if it wasn’t for the reputation of the man who has taken charge. In what will be their first season without Joe Canning since 2008, an even greater hurling god has arrived to take his place in the form of manager Henry Shefflin.

Goals have come back into fashion since the introduction of the sin-bin/penalty rule but Galway have struggled to score many or make the best use of the supreme talent of Conor Whelan.

They would look to be contenders for Leinster at best though Shefflin’s brief but flawless management tenure at Ballyhale makes you wonder if they could overachieve. The league was very much a focus on finding new talent.

Galway begin with a tricky trip to Wexford. Expectations have likely receded in the sunny South-East, the Davy Fitzgerald era petering out somewhat following the high-water mark of the 2019 Leinster triumph. Though they do have a blossoming star in Rory O’Connor and an impressive young manager in Darragh Egan.

The Model men were unbeaten in the league until shipping five goals in the semi-final against Waterford. Egan didn’t seem too concerned about that and will be targeting a top-three spot and qualification from Leinster.

Mattie Kenny’s Dublin remain an enigma. Capable of beating anyone on their day in Leinster but also losing to anyone.

Though maybe not Laois this year, or Division 2A winners Westmeath, who will inevitably be battling the O’Moore men to avoid relegation from what is, for the first time, a six-team round robin group.

It’s still five in Munster, where Clare and Tipperary round out the participants.

The Banner have had an underwhelming few seasons since reaching the All-Ireland last four in 2018 but could potentially push for a top-three place if they have better luck with injuries this year – Peter Duggan and Shane O’Donnell are back to ease the burden on the talisman Tony Kelly.

As for Tipperary, they have lost nine All-Stars worth of experience to retirement (Padraic and Brendan Maher) and five to injury (Seamus Callanan and John O’Dwyer) since last season.

Despite a large number of the 2019-All-Ireland winning side remaining in place, an infusion of new blood is badly needed and getting out of Munster would be a notable achievement in Colm Bonnar’s first year in charge. Opening the campaign in Walsh Park against a rampant Waterford is unlikely to help.

The championship throwing in so early is a novelty though the milder temperatures this week are close enough to those in early May in 2019 - the start of the most recent (and just the second) season of the round-robin format. Pitches should be firm enough.

Five weeks of breathless action await – by 22 May only six teams and the Joe McDonagh finalists will remain in the competition.

On a weekend traditionally celebrated with chocolate eggs, hurling’s return is the tastiest treat of all. Let’s get cracking. 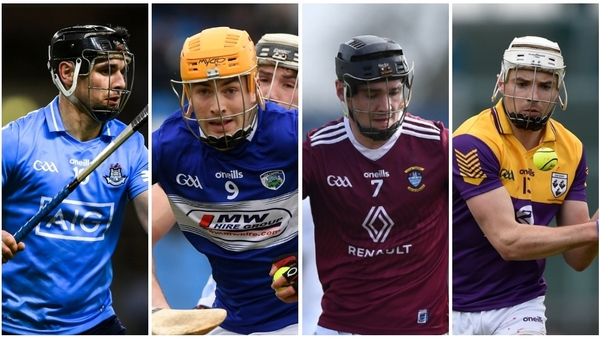