Leinster counties have given their support to the GAA in the ongoing dispute with the Gaelic Players Association (GPA) over player mileage expenses.

Having accepted a reduction in player charter provision for the 2020 and 2021 seasons while attendances and gate receipts were affected by Covid-19, the GPA believes there should now be a full reinstatement of provisions of the charter that were put in place pre-Covid.

But on Monday night the GAA confirmed that it will cover up to four collective gatherings per week for player mileage expenses - but anything in excess of this will be borne by individual counties.

Yesterday Leinster counties held a briefing with Croke Park and rowed in behind that stance. Further consultations with other provinces have been undertaken or are ongoing.

Ultimately, the GAA says that the mileage rate for any additional training sessions/games beyond the fourth per week will now be required to be negotiated locally between each county and their players.

The GPA point out that in 2020 and 2021 they accepted a reduction in provisions around travel expenses, gear and footwear while the GAA's financial situation was uncertain.

They are adamant that players should not bear the cost of extra sessions per week.

Players are likely to take more action if there is no agreement with the GAA in relation to training sessions and the amount payable per session, says GPA CEO Tom Parsons #allianzleaguesunday #rtegaa pic.twitter.com/SoS6ogoxo4

Last weekend it was made known that players – and some managers who supported them – would not partake in media interviews after games.

It's expected the same will happen this weekend with GPA player reps meeting virtually on Monday night and expected to do so again later in the week.

Some solutions have been suggested but so far there is no sign of the issue being sorted.

It’s understood the GPA would be keen for an acceptable and official training 'load’ to be determined through sports science analysis and to agree a cap based on that data and receive expenses for those sessions.

A motion to Congress calling for an official cap on sessions has also been mooted but with players giving their time on a voluntary basis it’s unlikely there would be a mood to have such a rule adopted as it would be impossible to stop anyone from training extra – if they so choose. 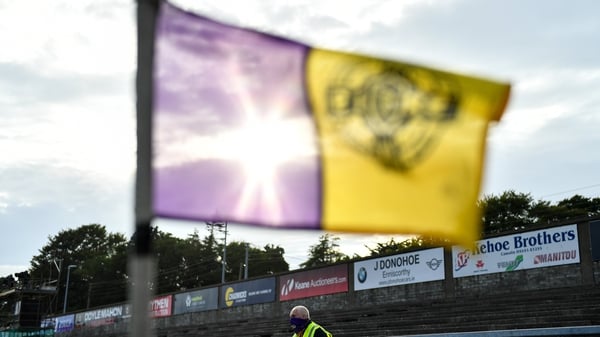