The GAA has confirmed that it will cover up to four collective gatherings per week for player mileage expenses - but anything in excess of this will be borne by individual counties.

And the GAA says that the mileage rate for any additional training sessions/games will now be required to be negotiated locally between each county and their players.

In a circular to counties this evening, GAA director-general Tom Ryan said: "For the purposes of clarity, the sole difference between the 2022 Charter, and the Charter that was in place pre-covid, is that the 65c per mile expense rate provided for in the new charter covers up to four collective training sessions/games per week only.

"The metric of up to four collective sessions is arrived at following consultation with yourselves (counties) in recent weeks and represents a level that is sustainable for counties and for players alike."

Ryan added: "The mileage rate for any additional training sessions/games now requires to be negotiated locally between each county and their players, in the context of the overall budget for the preparation of your county team. I know that you will undertake this in a spirit of fairness and respect for players."

The GPA wanting "unlimited expenses" for whatever number of sessions is a move towards semi-professionalism, says Colm O'Rourke, while adding that the GAA offer on expenses is "generous" #rtegaa #allianzleaguesunday pic.twitter.com/Ak2Vm8d0Gj

In his note to county chairpersons and secretaries, Ryan also highlighted a wider time commitment issue that needs to be examined to ensure that GAA games are played in a way that enables players to continue to enjoy them; one that does not adversely affect other aspects of their lives.

Ryan said that counties needed to reflect individually on what was being asked of players in this context.

He said the majority of panels only trained three to four times per week but was aware that some counties did exceed this amount.

His comments came as the GAA offered counties further clarity in relation to its 2022 charter for county committee/player relationships, following a breakdown in negotiations with the GPA.

Discussions on a charter for 2022 commenced in November 2021 and concluded last week without agreement between the GAA and Gaelic Players Association.

Following a meeting of the GAA's management committee last Thursday evening, a template charter was issued to counties last Friday to allow for payments of outstanding expenses since the return of inter-county teams to be processed as soon as possible.

These had been delayed in the absence of an agreement on a charter.

The GAA director-general added that it was of immediate importance that counties 32-player panels would be returned to allow player mileage expense reimbursement to be fully completed as soon as possible.

"It is also important that the agreed rate for any collective sessions beyond the four provided for in the charter is communicated to us," he wrote.

The first was the need for a reduction in the ratio of training sessions to games.

He pointed out that the move to a split season combined with the introduction of round robin championships have been positive moves in this context.

"The other major issue highlighted was that the time commitment issue needs to be examined to ensure that our games are played in a way that enables players to continue to enjoy them and that is not damaging to other aspects of their lives," he wrote.

"Counties need to reflect individually on what is being asked of players in this context. We are aware that the majority of panels only currently get together three or four times a week – however we are also aware that some do exceed this amount.

"While we recognise that players are volunteers and that ultimately each county set-up is an independent entity, we cannot continue to fund bad practice with regard to player welfare.

"For that reason, while the GAA centrally will provide a subvention for up to four collective gatherings per week, the cost of mileage for anything in excess of this will be borne by individual counties."

RTÉ Sport understands that further briefings will be held with county officers later this week to answer queries or address any concerns they may have. 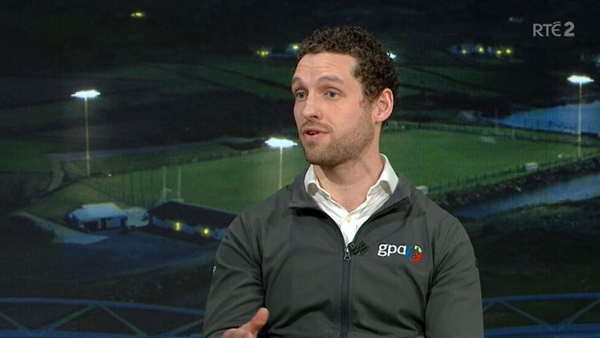