Mayo goalkeeper Rob Hennelly has said that Saturday night's impressive Division 1 win over Dublin was another example of their incremental improvement since the start of the Allianz Football League.

After a stirring comeback against Donegal in Round 1, with the in-form Hennelly levelling the game at the death, James Horan’s side have now earned wins in Monaghan and Dublin to join Armagh on five points at the top of the table.

Hennelly was in inspired form at Croke Park with his two points and a super save from Lorcan O’Dell earning him the Player of the Match award, and he was positive about what he has been witnessing.

"We’ve had a good start to the league, every game we’ve kind of been building on it," said the Breaffy clubman.

"A few different players played today, [it was] great seeing Jack Carney back in from the club championship and to make an impact like he did.

"For the time of year, it’s going well. It’s nice to get a run of games like this.

"Obviously we snuck a point out of the first game, every game in Division 1 is tight.

"We were under pressure for the last five minutes [against Dublin] so it’s keeping building on it, getting the squad more game-time and taking it one game at a time and see where we go from there."

Hennelly said he was "surprised" to pick up the Player of the Match award, but said that it would be back to the collective effort ahead of next week’s table-topping clash with Armagh in Roscommon.

"I think it’s probably the most competitive Division 1 I’ve seen. Every team can beat every team, which is great. The top six, eight teams can win it now.

"It’s great to get another win over Dublin, hopefully we can keep building on it – that's the main thing for me now."

Mayo manager Horan was extremely satisfied with his side's 2-11 to 0-12 win at Croke Park and he felt his players showed immense fight in difficult weather conditions.

"I am pleased with the manner of the victory," he said.

"We said that before the game that there would be a lot on the ground, a lot of skidding ball and that kind of stuff, and we won the majority of that tonight.

"There was good intent, I think, from the players and we got enough possession to score, we took our couple of goal chances and that gave us the blanket.

"We gave a lot away in the second half but overall, contests on the ground, I was very pleased in that regard."

Horan also praised the performances of some of the newer faces on the Connacht side’s team-sheet.

"We did a lot right tonight and a lot of the new guys that we tried out did very well.

"Aiden Orme showed what he can do, Donnacha McHugh kept plodding away. Paul Towey, after Sigerson during the week, did very well as well. I’m very happy with some of those." 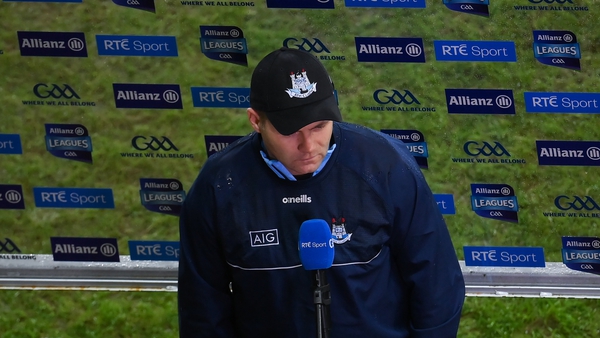