Aidan O’Rourke will be reunited with McCartan as head coach, with other management team members to be confirmed in days ahead.

It will bring to an end a long and dramatic process to find a successor for Paddy Tally, who has since linked up with Jack O’Connor in Kerry.

Tally stepped down in July after his request for a one-year extension failed to attract sufficient support from county board members.

A number of names were linked to the role and at one stage a management team led by Conor Laverty and featuring Jim McGuinness and Martin Clarke was close to being appointed. McGuinness exited the process though and Laverty and Clarke did likewise.

Clarke has since been appointed as coach of Down club Mayobridge under the management of Steven Poacher who recently stepped down from Roscommon. 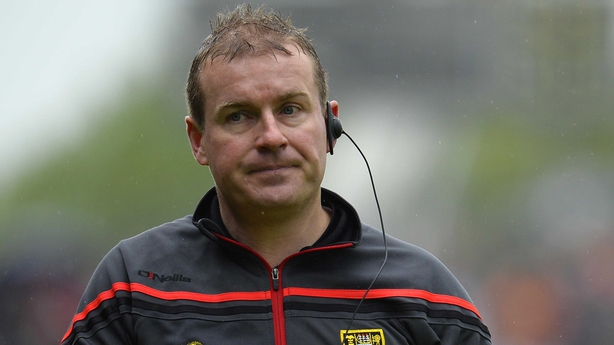 Down chairman John Devaney expressed the hope that "the new management will be afforded the patience and support of clubs and our supporters as they look to build and move us forward".

He added: "James and Aidan will bring commitment, experience, a strong work ethic, and a determination to change and progress, and I know that the players will enjoy working with them."

Two-time All-Ireland winner McCartan is a very popular figure in Down and took them close to a sixth All-Ireland title in 2010 where they lost out to Cork by a point.

He previously guided Queen’s to their last Sigerson title in 2007 with O’Rourke coaching the side to success on home soil in Belfast.

O’Rourke also worked with McCartan in the latter’s time as Down manager and they guided the team to the 2012 Ulster final.

McCartan has since been Down minor manager while Armagh native O’Rourke has managed Louth.